“Orbiting,” a dating trend known as “the new ghosting,” gained widespread attention from a 2018 essay by writer Anna Iovine. But I’ve experienced it myself—numerous times.

I hadn’t thought about my college boyfriend for years when I noticed he’d viewed one of my Instagram stories. At first, I didn’t think much of it, though I was somewhat surprised that he still followed me (he did, after all, break up with me via text). I did, however, find it unusual that he watched the next story I posted…and the next. He’s watched every single Instagram story I’ve posted since.

This wasn’t the first time I’d noticed one of my exes checking me out on social media long after we’d stopped talking. First dates that never texted me back, one-night stands, and even old Tinder matches who never got past the initial messaging phase have done this, too. It’s possible these guys just happened to see my posts while scrolling through the rest of their feeds. Still, I started to get the distinct sense that I was being watched. I started to feel like these guys were keeping tabs on where I was, who I was with, and what I was doing—even though we hadn’t had any kind of direct interaction in years.

Like every other social media-based trend these days, there’s actually a word for this type of behavior: orbiting.

What is “orbiting” in dating?

In an era where people are constantly keeping tabs on each other, it can be tempting to check in on an ex or even a one-time hookup on social media. But I’m here to tell you that orbiting after a breakup—or even just a one-time hookup—sends a very clear message. And sometimes, it’s one that can make people really uncomfortable.

Of course, there are exceptions to this: if you and your ex have a cordial relationship, or if you guys broke up a long time ago, there’s nothing wrong with a friendly like every once in a while.

But if the breakup is relatively recent (or if you were never even officially together in the first place, and just abruptly ceased all contact), and emotions are still running high, orbiting can have confusing and frustrating implications.

“When you’re still liking somebody else’s stuff, you’re staying attached,” says Lisa Brateman, LCSW, a psychotherapist and relationship specialist in New York City. “You’re sending a message that you’re still seeing into the other person’s life.” Orbiting is a way of saying, “I’m right here,” and as Brateman explains, a breakup—or any kind of break, however you define it—needs to be respected. 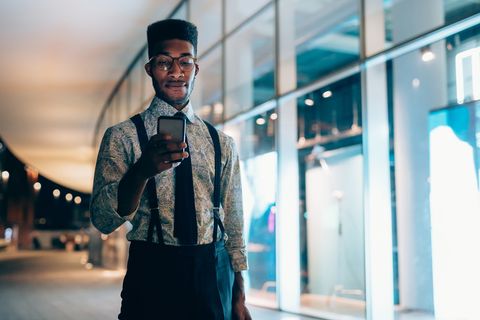 Of course, it can be tempting to take a quick peek at your ex’s Instagram story or fave their tweet just to let them know you’re out there and you still think they’re hot. (It also can be addictive, as biological anthropologist Helen Fisher told Bustle: the brain regions associated with behavioral addiction are the same ones activated by creeping on photos of an ex.)

But the person on the receiving end might interpret your behavior differently. After a relationship ends, “there’s always unanswered questions,” Brateman says. “There’s always things you don’t know that people use social media to seek. They look to social media for information, for signs.” What you may see as a simple “hey, I’m still out there, checking out your most recent selfie” might be interpreted as an expression of interest, or even a sign that you may want to get back together. 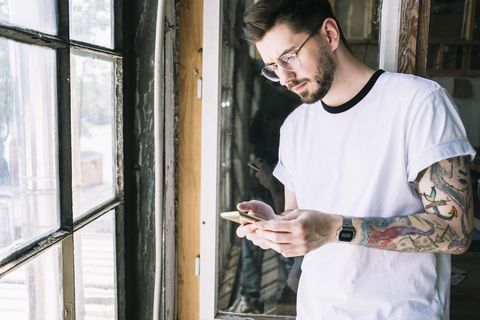 What should you do if you’re orbiting an ex?

If you were the one who was broken up with, and you’re orbiting your ex because you still miss them and want to get back together, log off ASAP. “You need to literally unfriend, unfollow completely,” says relationship coach and clinical psychologist Wendy Walsh, PhD. “When we post on social media, we post the best pictures of us, where we look like we’re having the most fun. And every time you see that, you will re-injure yourself. It’ll be harder for you to get over it.”

If you’re the person who initiated the breakup, the same advice applies, especially if you’re just trying to keep the other person around as a backup. “Digital media has made keeping backup mates really easy,” says Walsh—but that’s not always a good thing. To avoid confusing your ex or hurting their feelings, you should at the very least mute their timeline for a few months and avoid interacting with their content, even if you don’t want to take the drastic step of unfollowing.

When you have a history with someone, interacting with them on social media calls for a little extra thought and care, even if that history was brief. Social media is a public space where real-life breakup etiquette rules still apply, and if you wouldn’t call up your ex IRL and tell them they looked hot in their recent vacation photos, you probably shouldn’t implicitly tell them that on Facebook or Instagram by liking their content.

How do you deal with orbiters?

And if one of your exes is orbiting you? If it’s truly bothering you, feel free to mute or block them; if it’s just the occasional like or fave, unless you’re actually interested in reinitiating contact or getting back together, don’t respond in kind. Try not to interpret it as anything but a reminder of their presence in the world, and move on. “We can’t put boundaries on anybody else, in anything in life,” Walsh says. We can only put boundaries on ourselves.”