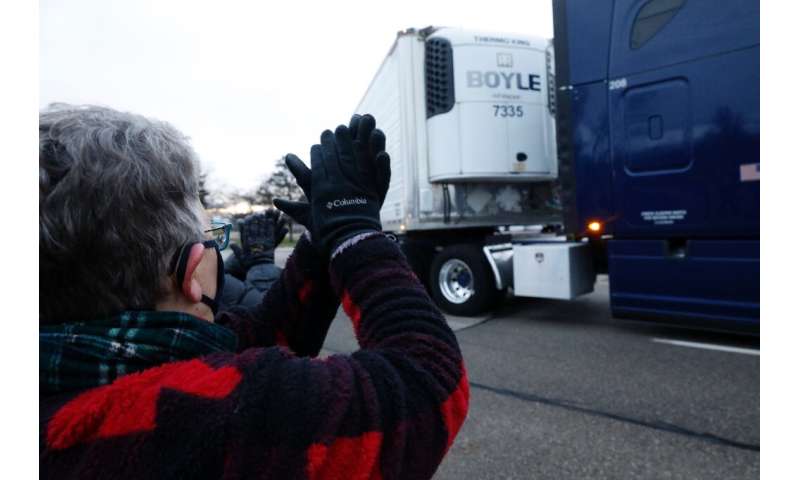 The United States prepared to start its COVID-19 vaccination program on Monday as the nation’s death toll edged towards 300,000, while Germany announced a partial lockdown over the holidays due to an explosion of cases.

Delivery trucks with special refrigeration equipment rolled out of a facility in Kalamazoo, Michigan, on Sunday as part of a public-private plan to ship millions of doses of the newly approved Pfizer-BioNtech vaccine to vulnerable Americans.

Courier services FedEx and UPS have deployed fleets of trucks and planes to carry their precious cargo—sometimes under armed guard—to all 50 states, where healthcare workers and nursing-home residents will be first in line.

“Vaccines are shipped and on their way,” President Donald Trump tweeted. “Get well U.S.. Get well WORLD.”

One state governor, Andy Beshear of Kentucky, said that “we now believe that the first individuals will be vaccinated” on Monday—less than 72 hours after the vaccine received emergency authorization from the US Food and Drug Administration.

An initial 2.9 million doses are set to be delivered by Wednesday, with officials saying 20 million Americans could receive the two-shot regimen by year end, and 100 million by March.

But the breakthrough comes at one of the darkest moments of the pandemic, with infections in the United States and many other countries soaring, and health experts still struggling against vaccine skepticism, lockdown fatigue and uneven adherence to safety rules. 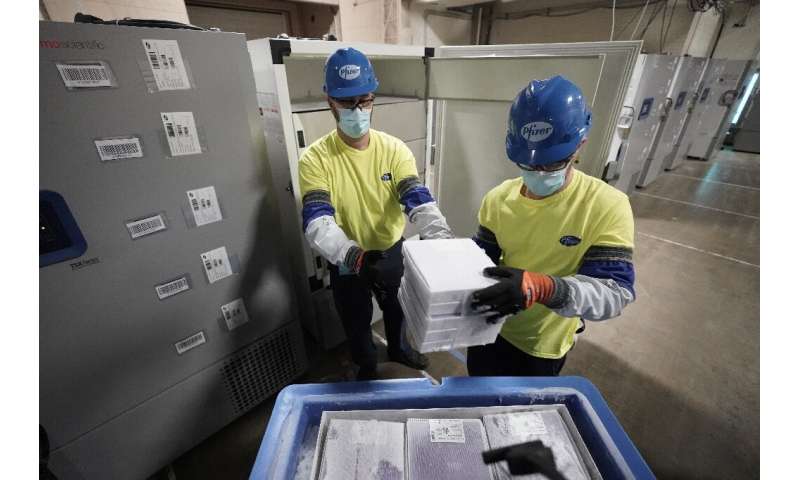 The US has the world’s highest death toll of more than 299,000, and the largest number of cases, at 16.2 million—including more than 1.5 million new cases in just the past week.

Worldwide, there have been at least 1.6 million deaths since the outbreak emerged in China last December, and 71.6 million cases overall.

The start of vaccination campaigns this week in the US—and also Canada—came as Germany announced a partial lockdown from Wednesday, with non-essential shops and schools to close in a bid to halt an “exponential growth” in infections.

The restrictions, agreed by Chancellor Angela Merkel and regional leaders, will apply through the holidays until January 10.

Europe’s biggest economy has been severely hit by a resurgence of the coronavirus, with daily new infections more than three times their springtime peak. Daily death tolls last week approached 600.

Germany’s hardest-hit states had already ordered new measures. Saxony state, where in some areas incidence rates have hit 500 per 100,000 people, will shutter shops and schools from Monday.

Italy, meanwhile, overtook Britain as the European nation with the highest death toll. 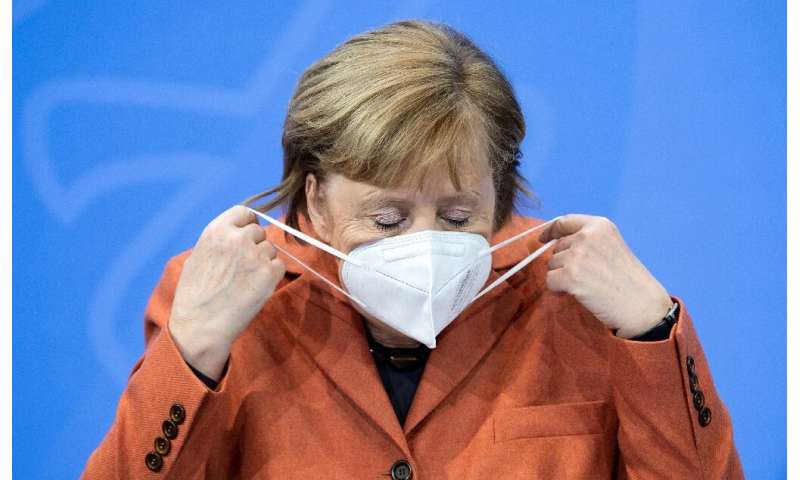 “I am worried about the two weeks of Christmas holidays… The battle still has not been won,” Italian Health Minister Roberto Speranza warned as the country recorded 64,520 deaths, surpassing Britain’s 64,267.

Elsewhere, the prime minister of the small African nation of Eswatini died in a South African hospital on Sunday, two weeks after contracting coronavirus.

In Algeria, 75-year-old President Abdelmadjid Tebboune made his first televised appearance since being hospitalized with COVID-19 in October.

“Thanks to God,” he said, “I have started on the road to recovery.”

Brazil, the country with the world’s second-highest death toll, published its vaccination policy on Saturday under pressure from the Supreme Court, but listed no start date or details of how it would secure sufficient doses.

South Korea —once seen as a model of how to combat the pandemic—on Sunday reported 1,030 new coronavirus cases, a record high for a second day in a row. 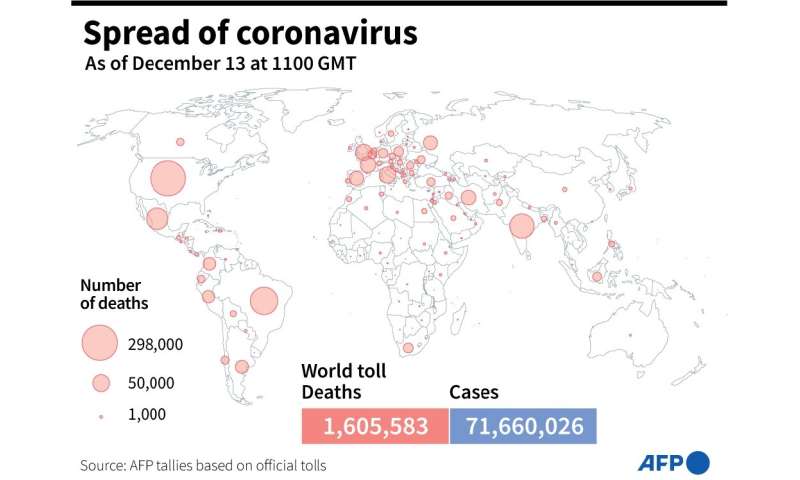 ‘Don’t let your guard down’

Even as US health experts welcomed the unprecedented vaccine effort, they cautioned people not to grow lax in observing precautions.

“The next number of weeks are going to be hell, I fear,” New Jersey Governor Phil Murphy told ABC’s “This Week.”

UPS and FedEx are to ship glass vials of the vaccine to 636 sites around the country by Wednesday.

Doses are being shipped in boxes containing dry ice that can keep supplies at -70 degrees Celsius (-94 degrees Fahrenheit), the frigid temperature needed to preserve the drug.

Trials have shown the vaccine to be 95 percent effective, and Americans are being told it is safe unless they have an allergy to any of the drug’s components.

The US National Security Council said Sunday that senior federal officials will be among those given priority access to keep the government functioning, but Trump later tweeted that government workers should be vaccinated “somewhat later in the program, unless specifically necessary.”