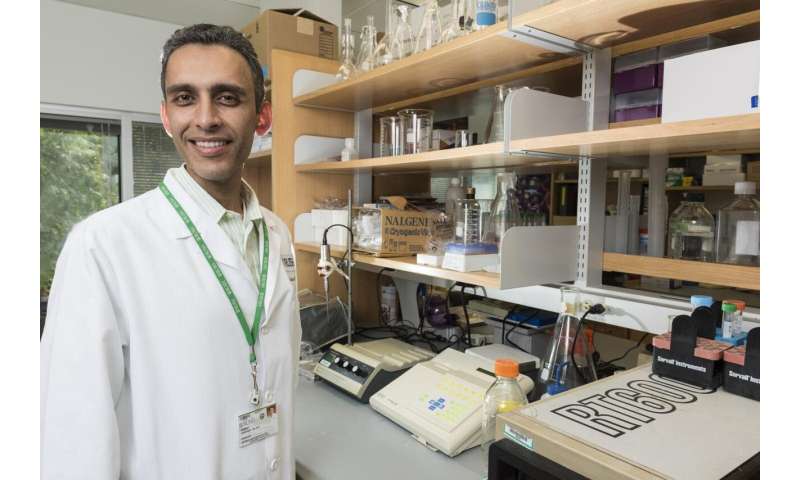 Researchers at Rush University Medical Center have found that opioid use might increase a person’s risk of developing pancreatic cancer.

Published Jan. 6, the study, titled “Opioid Use as a Potential Risk Factor for Pancreatic Cancer in the United States,” is the first in the country to show evidence that opioid use may be an unidentified risk factor contributing to the increasing incidence of pancreatic cancer.

In fact, opioid misuse and overdose have evolved into a public health crisis. Approximately 70,000 drug overdose deaths were reported in 2017, 68% of which involved an opioid.¹ The use of prescription opioids for the management of chronic pain has increased remarkably, with more than 191 million opioid prescriptions given to patients in the United States in 2017. Not surprisingly, the opioid addiction rates among patients who are given opioid for chronic pain have increased, with 29% of such patients misusing opioids, and 12% developing an opioid use disorder.

Faraz Bishehsari, MD, Ph.D., the corresponding author of the study, and his team aimed to examine the possible association between the pattern of opioid use and the changes in the rates of pancreatic cancer during the years 1999-2016. Using the Center for Disease Control’s Wonder online data (procured from the Vital Statistics Cooperative Program) the team extracted the opioid death rate as a surrogate for prescription and illicit opioid use. Incidence of pancreatic cancer was retrieved from the CDC’s online database gathered from the U.S. Cancer Statistics Working Group. They extracted the pattern of the lifestyle and behavioral factors that over time could potentially affect the risk of pancreatic cancer.

Usman Barlass, MD, Ameya Deshmukh, Ph.D., and Todd Beck, MD, worked with Bishehsari on the study. Using national datasets, the team evaluated whether the trend in opioid usage could explain increasing pancreatic cancer diagnoses at the national and state levels over time after correcting for the potential confounding factors. They found that both pancreatic cancer and opioid death rates rose over time at the national and state levels. A prior state’s opioid death rate significantly predicted the trend in the incidence of pancreatic cancer years after and had a significant effect on the estimated annual change in the rate of this cancer.

The collected data suggests a link between opioid consumption and the risk of pancreatic cancer. The next step to directly establish the role of opioids as a novel risk factor for pancreatic cancer is to conduct large population-based studies or longitudinal datasets that reliably register long-term outcomes in opioid users. Findings from the current study, once confirmed by the individual-level data on opioid consumption and risk of pancreatic cancer, could have direct clinical relevance by considering non-narcotic (alternative) pain control approaches in these patients.

The team proposes to investigate possible mechanisms that may link opioid use to the development and/or progression of pancreatic cancer. Consistent with the current findings, a recent post hoc analysis of two randomized controlled trials of patients with advanced cancers (including pancreatic cancer), revealed that that those treated frequently with an opioid antagonist had significantly improved overall survival compared to placebo.