High blood pressure is a common condition that affects more than a quarter of all adults in the UK. You could be at risk of hypertension if you start passing more urine – especially at night, it’s been claimed.

The condition could lead to some deadly complications, including strokes and heart attacks.

It’s crucial that your hypertension is diagnosed as soon as possible.

While it may be difficult to know if you’re at risk of high blood pressure, you should consider speaking to a doctor if you often wake up in the night to use the loo. 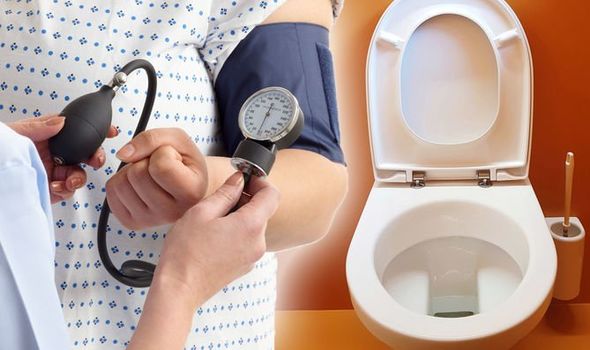 While it’s perfectly normal to use the toilet in the night every now and again, it could be a sign of something serious.

Some hypertension patients have reported often waking up with the urge to passing urine.

They may also pass relatively normal amounts of urine in the day, but have an increased urge at night.

You should speak to a doctor if you’re often feeling tired, because you keep waking up at night to use the loo.

“We found that getting up in the night to urinate was linked to a 40 percent greater chance of having hypertension,” said Dr Satoshi Konno, of the Division of Hypertension, Tohoku Rosai Hospital, Sendai, Japan.

“And the more visits to the toilet, the greater the risk of hypertension.

“Our study indicates that if you need to urinate in the night – called nocturia – you may have elevated blood pressure and/or excess fluid in your body.

“If you continue to have nocturia, ask your doctor to check your blood pressure and salt intake.” 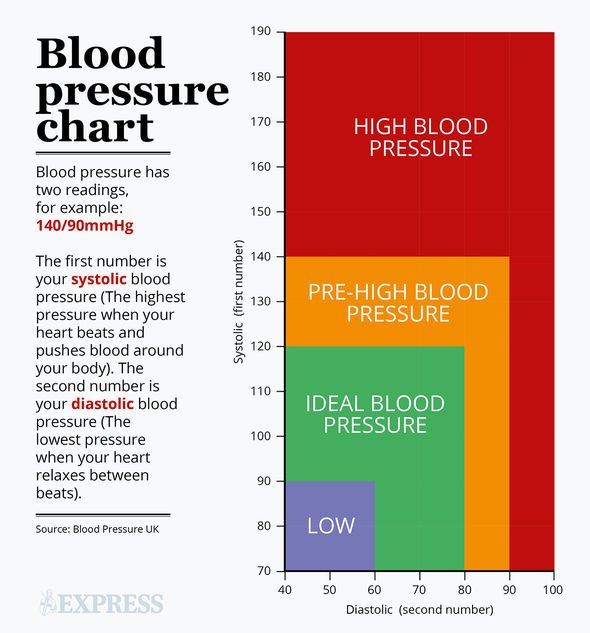 But just because you occasionally pass urine at night, it doesn’t necessarily mean that you have high blood pressure.

Nocturia is a very common condition, and it has a number of different causes.

It could simply be caused by drinking plenty of fluids before bed, having untreated diabetes, and even some sleeping disorders.

Most people should be able to sleep for six to eight hours each night without having to use the toilet.

You could lower your risk of high blood pressure by eating a healthy, balanced diet, and by doing regular exercise.

It’s crucial that all adults over the age of 40 check their blood pressure at least once every five years.

You can check your blood pressure by visiting your local doctors’ surgery or pharmacy.