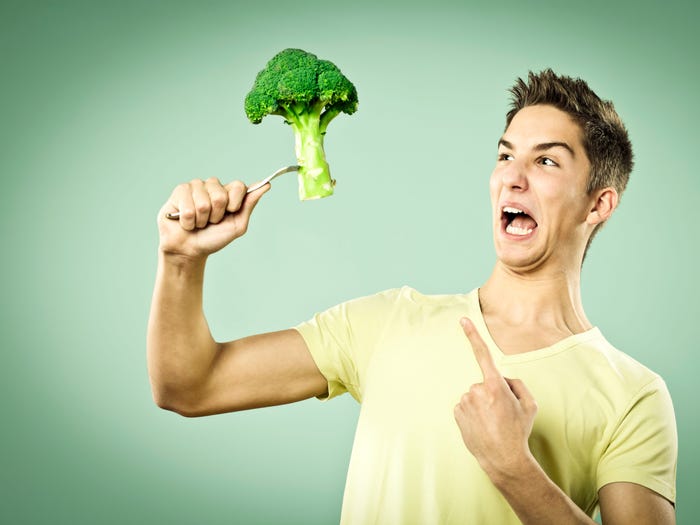 Nutrition advice is constantly changing, with competing, and even contradictory, recommendations appearing from reputable sources.

Even in the midst of a global pandemic, this year was no exception. Nutrition advice took on a new urgency in 2020 as people tried to find the best diet to protect against the coronavirus (spoiler alert: there isn't one). New fad diets like the Mayr Method also emerged, and old ones like the alkaline diet resurfaced.

At the same time, new research has changed what we thought we knew about ongoing trends like intermittent fasting and veganism, as well as never-ending debates about dietary standbys like coffee, alcohol, and sugar.

Here are the top diet myths Insider debunked in 2020.

Myth: You have to eat meat to build muscle. 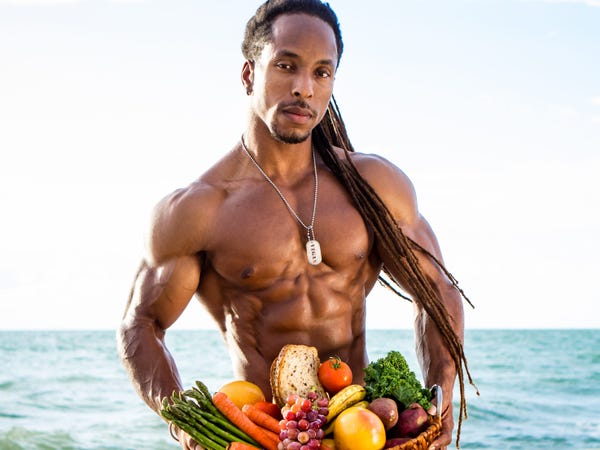 Veganism's potential health benefits have long been established. But 2020 generated record interest in diets free from animal products, according to Google Trends. Some athletes are leading the charge to plant-based lifestyles.

From pro bodybuilders like Torre Washington to lifetime athletes like 65-year-old trainer Dusan Dudas, there's no shortage of examples to show a plant-based diet can build muscle and strength.

Celebrities have also taken up the cause, from music superstar Lizzo (known for her high energy performances on stage and in the gym) to NFLer Cam Newton.

As with any diet, getting enough nutrients and the right balance is key. For vegans in particular, including sources of calcium and B vitamins along with plant-based protein is key not only for athletic performance but also overall health.

Myth: Alcohol is taboo in a healthy lifestyle. 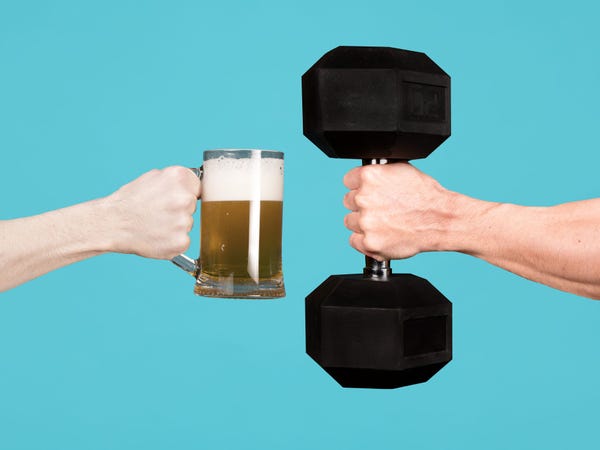 While research continues to pile up that alcohol in excess is bad for health, there's good news for beer, wine, and whiskey lovers.

An occasional drink or two isn't likely to impede your progress on weight loss or strength building goals.

Research has found that drinking small amounts of alcohol, even regularly, won't impede improvement of overall fitness. Drinking too much can hurt your workout, as anyone who's exercised with a hangover could tell you.

Similarly, alcoholic drinks don't have to derail a diet, even if you don't always pick low-calorie versions, as long as you indulge in moderation.

There's even some evidence alcohol may offer some health perks, since research shows light drinkers routinely have better measures of physical and cognitive health than teetotalers.

That's particularly true if you stick to antioxidant-rich drinks like red wine, which has been shown to lower inflammation, improve digestion, and reduce stress.

Myth: You should eat 'alkaline' foods for health. 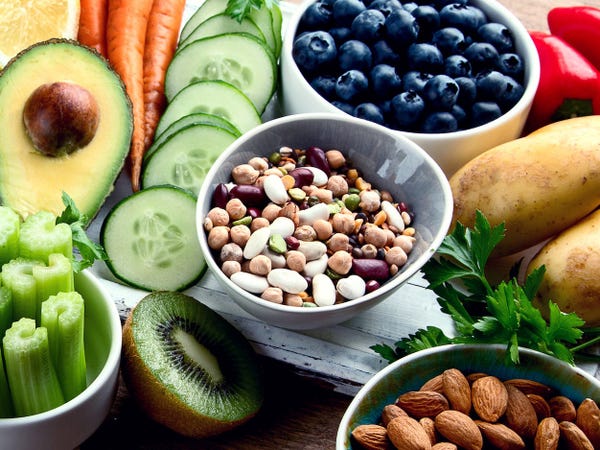 The alkaline diet purportedly works by modifying the pH balance of your body to help with weight loss and other benefits. After occasionally popping up in previous years, thanks to the likes of Tom Brady and Gwyneth Paltrow, the diet resurfaced in 2020 when Kelly Ripa publicly lauded the eating plan.

But according to experts, it's not possible to alter the acidity of your body, nor should you want to. Your body naturally maintains the right pH level of your blood; if it didn't, the consequences would be disastrous and you'd likely die.

The diet may have some benefits, since a lot of the foods it recommends are good for you, such as fruits, veggies, and legumes. Drinking lots of water, as the diet suggests, is never a bad idea.

But some of the so-called "acidic" foods banned by the diet are also good for you, like coffee and whole grains.

"Overall, it doesn't work the way that it claims it does," registered dietitian and nutritionist Andy Bellatti previously told Insider. 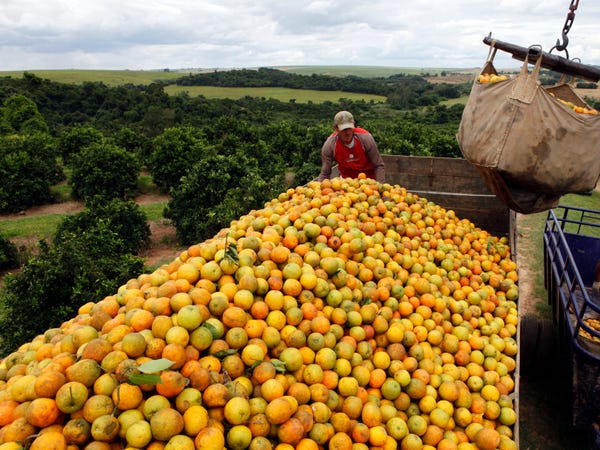 In a year when a global pandemic has been the biggest news, it's no surprise that diet fads have focused on boosting our disease defenses.

Despite claims from wellness gurus, cutting out processed food and sugar won't supercharge your immune system.

That's not how the body works, and while evidence links these types of foods to health issues over time, a single donut is not going to raise your risk of contracting COVID-19.

While eating well is important for health, there are no superfoods or super-diets that can completely prevent, let alone cure, a contagious disease.

"If you're in contact with [the] coronavirus, it doesn't matter how many oranges you eat, you're going to get it," Dr. Caroline Apovian, Director of the Nutrition and Weight Management Center at Boston Medical Center, previously told Business Insider.

Instead, your best bet is to focus on eating a balanced diet with a variety of nutrients which will, in the long term, prevent chronic diseases that could compromise your immune system.

Myth: Zero-calorie sweeteners are a good substitute for sugar. 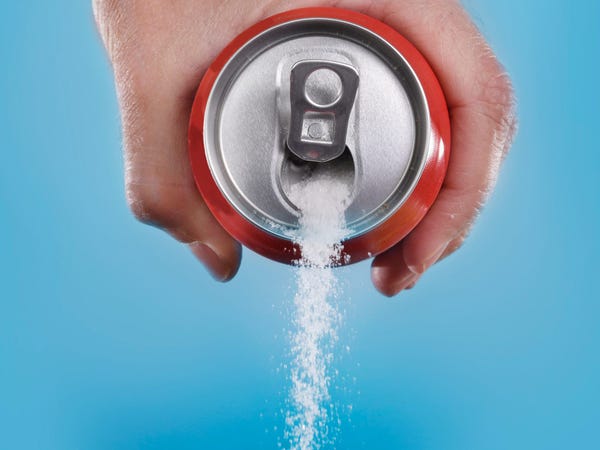 Sugar is bad for your health, with plenty of evidence linking the sweet stuff to risks like heart disease, obesity, liver problems, and tooth decay.

But research this year found that artificial substitutes may be no better.

Despite being zero-calorie, sweeteners like Stevia and Splenda were linked to metabolic disruptions, changing how the body manages blood sugar. They've also been linked to more cravings for sweets, since sugar substitutes can be as much as 700 times sweeter than the real thing.

A large new study also found sweeteners are linked to the same risks for heart health as sugar, as people who drank diet sodas and other low-calories beverages had a higher change of getting heart disease than people who drank unsweetened beverages.

The FDA has extensively researched artificial sweeteners and found them to be safe, and data show that they're now more popular than products with real sugar. Still, these findings are cause for caution.

"The bottom line is, using sugar substitutes does not make an unhealthy choice healthy — rather, it makes such a choice less unhealthy," Shamera Robinson, director of nutrition at the American Diabetes Association, said in a presentation at the 2020 Food and Nutrition Conference & Expo.

Myth: You should cut out coffee to lose weight and be healthier. 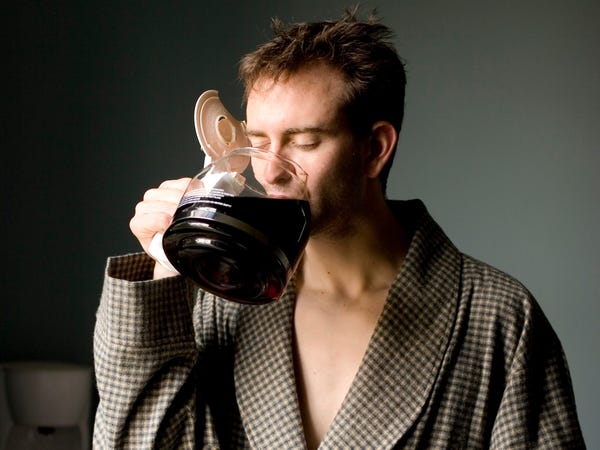 Despite the popularity of fad diets that cut out coffee, a growing body of evidence shows there's little risk to your morning caffeine fix.

This year saw an outpouring of research that a good cup of coffee is linked to health benefits like stronger bones, better mental and cognitive health, and lower risk of chronic illnesses like heart disease and several different types of cancer.

Since coffee is a complicated substance, with more than 1000 different compounds, science isn't sure which particular ingredients confer the most benefits. Caffeine, the most famous ingredient, can certainly be detrimental if consumed in excess.

We do know, though, that coffee is a rich source of antioxidants and polyphenols, or plant-based micronutrients that are linked to health perks like lower inflammation levels and more friendly bacteria in the gut.

Myth: 'Loaded' teas are good for energy and weight loss. 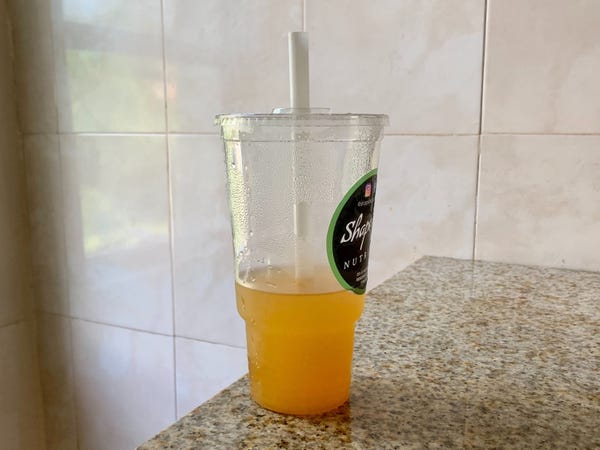 Promising sugar-free energy, a boost to metabolism, fat burning, and other benefits, these drinks typically come from big nutrition marketing operations. While they've been around since the early 2000s at least, their popularity this year led dietitians to definitively denounce the brightly-colored beverages.

According to experts, these products are unregulated, so it can be hard to tell what you're getting, and are often loaded with additives like big doses of caffeine and artificial sweeteners.

There's also no evidence they can help with fat loss or metabolism, beyond the small boost from caffeine, or live up to any of the other health claims associated with the drinks.

"In other words, buyer beware…and if you were my client, I would also add, buyer step away from the tea!" registered dietitian Brigitte Zeitlin previously told Insider.  "Always keep in mind that if it sounds too good to be true, it is. Anything that is promising a quick-fix should be a big red flag to you."

Myth: There's a 'best time' to eat for weight loss. 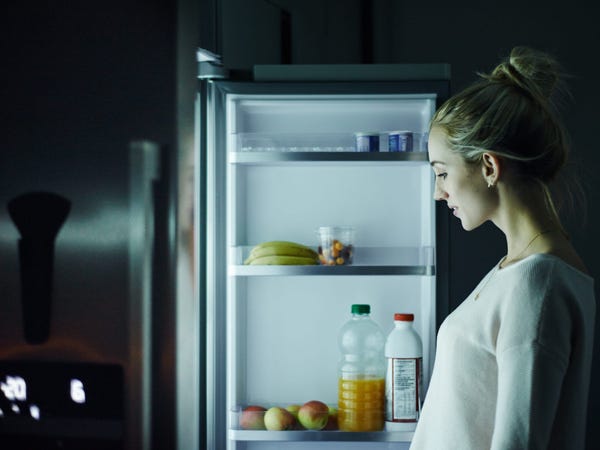 Despite the conventional advice to avoid carbs after dinner, or avoid eating anything at all after 10 pm, research this year has routinely debunked the idea that there's a "best time" to eat if you want to lose weight.

A study early this year found that eating a big breakfast appears to burn slightly more calories than saving your largest meal for dinnertime — however, the different isn't large enough to matter much for weight loss.

And contrary evidence suggests that actually, skipping breakfast is best to shed pounds.

So which is correct?

According to experts, there is no single best time to eat for weight loss. What works will vary widely from person to person, and comes down to the total calories throughout the day, not when they're eaten.

Research found that eating at night was linked to more calorie consumption, though, since people tended to consume more processed food and alcohol after dark.

But a more recent study tested that hypothesis and found that if calories are equal, night-time eating doesn't appear to cause extra weight gain compared to eating during the day.

Myth: The Mayr Method is an effective new celebrity diet. 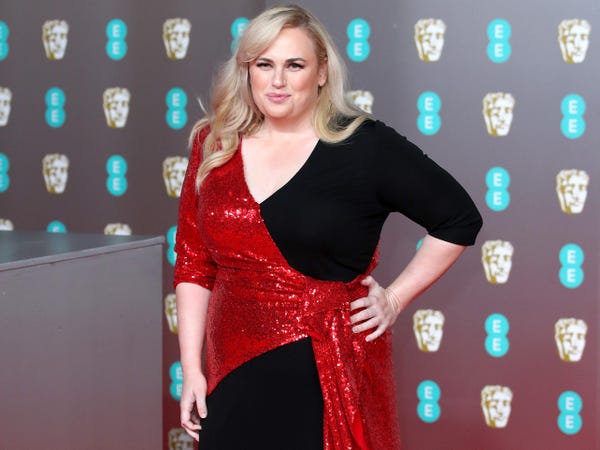 Actress and comedian Rebel Wilson has gotten a lot of attention for her weight loss this year, and so has the reported reason for her success: The Mayr Method, a diet developed by an Austrian doctor about a century ago.

Despite the diet's new spot in the limelight, and its association with a ritzy chain of European health clubs, the advice it relies on is far from original. Most of the Mayr Method's rules are recycled from other fad diets (like the alkaline diet). Others are just bad advice, according to nutritionists.

You don't have to each bite of food 40 times, as suggested in the diet, although slowing down to enjoy your meal is a good idea.  There's also no need to "detox" from sugar, coffee, gluten, or dairy.

"I've been a clinical dietitian for more than 20 years and I've never had anyone come to me and say they've been doing this," Sue Heikkinen, head registered dietitian for the calorie tracking app MyNetDiary, previously told Insider. "It's not one of the popular ones, and maybe for good reason."

1. Myth: Intermittent fasting is the best way to lose weight. 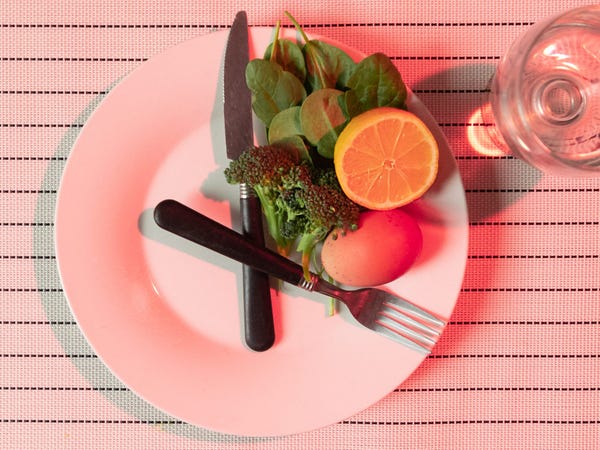 In the past few year, intermittent fasting has loomed large over the diet scene, with study after study suggesting its benefits for longevity, metabolism, weight loss, and more.

The eating plan limits food intake to a set time period each day or week. Biohackers and researchers alike have theorized that this provides some sort of inherent health boost, perhaps by giving your digestive system a break.

But according to a study this year, fasting doesn't seem to boost weight loss or other markers of health, if all other factors are equal. That suggests the previous benefits attributed to fasting might be due some other variable, such as reducing the calories you eat throughout the day.

That study, and the lead author's decision to forego fasting entirely afterward, is just one more piece of evidence that there's no single magic diet solution for health, as much as we might want to believe in one.

A low-fat, high-carb vegan diet could speed up your metabolism and boost weight loss, a new study says

A single 'cheat day' doesn't have to ruin your diet. Here's how to get back on track.

When you're lonely, your brain craves social interaction like it desires food, according to new research