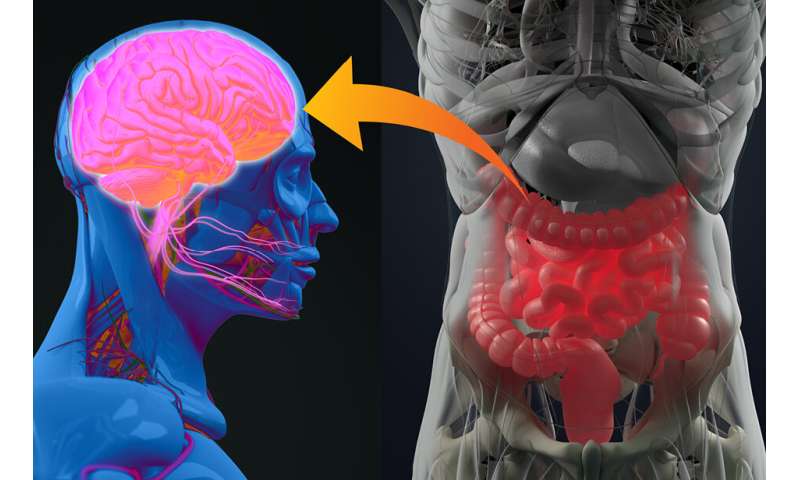 Patrice Cani (UCLouvain) and Claude Knauf (INSERM) have discovered a “jammer” that blocks communication between the gut and the brain, thus preventing proper regulation of sugar and causing insulin resistance in people with diabetes. They also discovered that a lipid produced by the body prevents this dysfunction and regulates sugar level, thus mitigating diabetes and intestinal inflammation. These discoveries, published in the scientific journal Gut, are major, considering that one in two Europeans is overweight and one in 10 has diabetes.

Since 2004, Claude Knauf (INSERM) and Patrice Cani (UCLouvain) have been collaborating on molecular and cellular mechanisms in order to understand the causes of the development of type 2 diabetes, and above all, to identify new therapeutic targets. In 2013, they created an international laboratory, NeuroMicrobiota Lab (INSERM-UCLouvain), to identify links between the brain and intestinal bacteria.

Very quickly, they understood that the gut-brain axis plays a preponderant role in the regulation of sugar in the blood. While people eat, the gut (often called the “second brain,” owing to the neurons that compose it) contracts and digests food. Sugar and fat enter the body and their levels increase in the blood. The body then digests or stores them. In a person with diabetes, this process malfunctions, and the sugar level increases in abnormal proportions.

Taking a step further, the two researchers observed that during digestion, the gut sends a signal to the brain to determine what to do with the incoming fats and sugars. The brain then sends the message to various organs (liver, muscles, adipose tissue) to get ready to lower blood sugar and fat levels. In a diabetic individual, however, this mechanism doesn’t work. Researchers have observed that the gut instead malfunctions and sends no signal to the brain. The cause is hypercontractility of the intestine, which interferes with communication with the brain. Suddenly, commands to get the sugar out of the blood no longer pass. The sugar remains, causing hyperglycaemia. The mechanism also impacts the action of insulin: No message means no insulin action, resulting in insulin resistance.

The researchers sought to understand this hypercontractility, by observing the differences in the constitution of the intestine as well as the action of prebiotics within the microbiota in normal and diabetic mice. They observed that a particular lipid was severely deficient in diabetic mice, but also in people with diabetes (although it’s naturally present in the intestines of healthy patients). The team therefore tested the impact of the lipid on the use of sugars, on the contraction of the intestine and, ultimately, on diabetes. NeuroMicrobiota research team members Anne Abot and Eve Wemelle discovered the lipid is the key to restoring the use of sugar. It works by acting directly on the second brain.

Today, the team has discovered that the gut bacteria (or gut microbiota) play an important role in altering the production of bioactive lipids, and from there, to restore perfect communication between the gut and the brain. Hence, some of these lipids are essential messengers that act on precise targets in the gut (enkephalins or opioid receptors). Treatment possibilities include modifying the body’s production of such lipids or taking them orally. These avenues are under study.

Using the same approach, the INSERM-UCLouvain research team contributed to the discovery of a new bioactive lipid that reduces intestinal inflammation. It is directly produced by certain gut bacteria, also identified in this study, and therefore, either the lipid or one or more bacteria could serve as a therapeutic target.