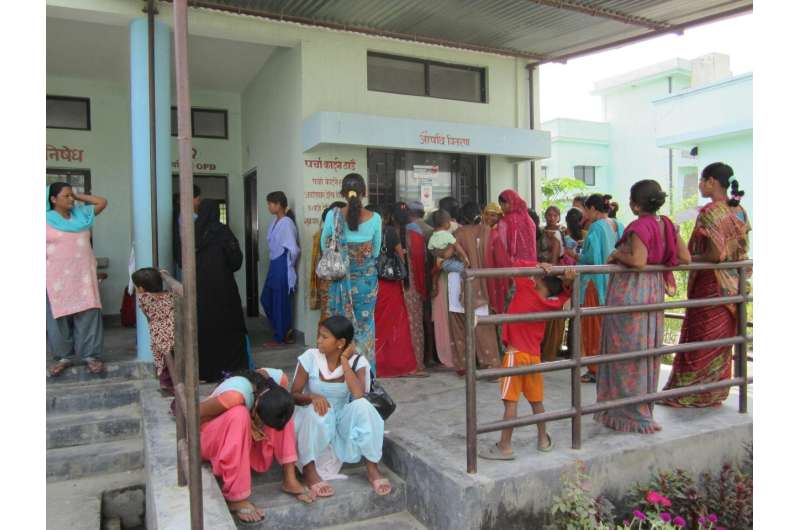 It has been widely acknowledged over many years that sons have been preferred to daughters in Nepal. Whereas boys are seen economic and social assets, in some parts of the country girls are more often regarded as a financial burden, requiring a dowry and leaving their family home upon marriage.

However, it is only since abortion legislation in 2002 and the widespread availability of ultrasounds from 2004 onwards that there has been the potential to selectively abort female fetuses. There has been growing concerns about this practice over recent years, but to date little empirical research about the scale of the issue.

Importantly, abortions due to the results of sex determination tests are both illegal and carry prison sentences in Nepal. But, the researchers writing in the BMJ-Open, suggest that these laws are not effectively enforced. It is estimated that more than half of abortions carried out in 2014 were illegal, so direct legislation only has limited scope to solve this issue.

Deeper analysis by the team found that sex ratios were skewed, with women who were richer and more highly educated more likely to undertake sex selective abortion. They also found that, in districts where more sex-selection occurred, girls were more likely than boys to die by age five, indicating discrimination both before and after birth.

Lead author, Dr. Melanie Channon from the University of Bath’s Department of Social & Policy Sciences explained: “As fertility falls and urbanization increases, there is more access to prenatal sex identification technology in Nepal. Our study shows some of the impact this has had over recent years, and we expect there will be a ‘trickle-down’ of ability to select the sex of a baby from the wealthiest and most educated as the technology becomes more widely available and more affordable. Put simple and starkly, without concerted effort, there will be an increase in sex-selective abortions in Nepal.

“It is important to stress that the solution to this growing issue is not to ban abortion or ultrasound tests during pregnancy. Many lives have been—and continue to be—saved by these policies. The only lasting solution is to dismantle the deeply rooted gender inequity found across the country in order that people no longer wish to selectively abort female fetuses. The government in Nepal needs to take a lead on this, combining media campaigns with legal and political measures which address the issue of gender equity across a range of themes in the country.”

Second author of the paper Dr. Mahesh Puri from the Center for Research Environment Health and Population Activities (CREHPA) in Nepal, added: “In view of the easy accessibility to prenatal sex-determination technologies, religious and socio-economic values given to sons, coupled with lack of focussed policy and program to address gender inequality and weak enforcement of law relating to sex determination tests, the practice of sex selective abortion could further increase in the future.

“Targeted interventions to enable gender equality, increase value of girls, as well as social and economic incentives for vulnerable girls, such as conditional cash transfer schemes and effective enforcement of the law would be required.”