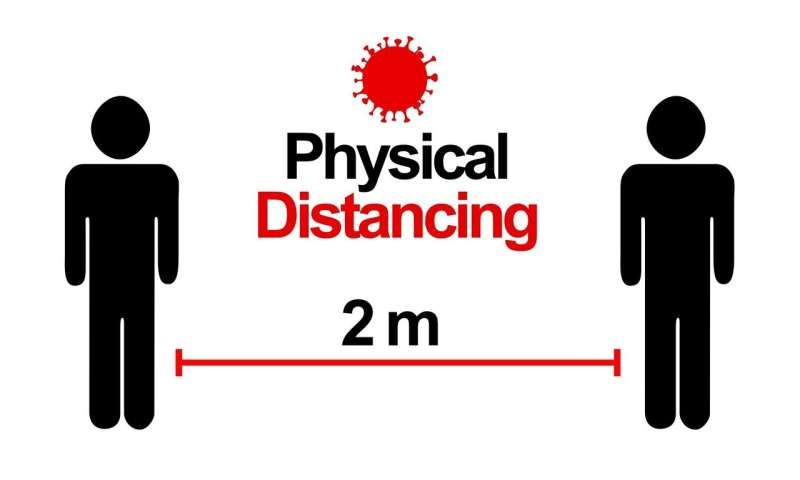 Analysis suggests that individual measures (including school closure, workplace closure, public events ban, ban on gatherings of more than ten people, requirements to stay at home, and internal movement limits) are associated with a reduction in transmission of SARS-CoV-2 but combined measures are more effective at reducing transmission, according to a modelling study published in The Lancet Infectious Diseases journal.

The study estimates the effect individual measures and four combinations of measures (ranging from a ban on events and gatherings of more than ten people to a more restrictive combination of measures resembling a lockdown) has on the R number up to 28 days after being introduced or lifted.

Using data from 131 countries, the study provides a high-level overview of the effects of population-level intervention measures, but does not account for other potentially influential factors that have an impact on R- including, among other things, compliance with the interventions, changes in population behaviour (eg, wearing of face masks), sub-national differences in R, or the effects of contact tracing and isolation—all of which vary by context. Using the R number as a proxy for transmission also has limitations, as it is difficult to estimate accurately, particularly when prevalence is low.

Professor Harish Nair, University of Edinburgh, UK, says, “We found that combining different measures showed the greatest effect on reducing the transmission of COVID-19. As we experience a resurgence of the virus, policymakers will need to consider combinations of measures to reduce the R number. Our study can inform decisions on which measures to introduce or lift, and when to expect to see their effects, but this will also depend on the local context—the R number at any given time, the local healthcare capacity, and the social and economic impact of measures.”

When looking at the measures individually, a ban on public events was associated with the greatest reduction in R (24% reduction after 28 days), which the authors suggest may be because they are likely to prevent super spreader events and it was often the first measure to be introduced in countries.

The measures most strongly associated with an increase in R were lifting bans on gatherings of more than ten people and re-opening of schools (25% and 24% after 28 days). Although reopening schools was associated with a 24% increase in the R by day 28, the authors caution that they were unable to account for different precautions some countries implemented for reopening schools (eg, limiting class sizes, distancing measure, routine deep cleaning, personal handwashing, face masks, and thermal temperature checks on arrival), which are essential for safer school reopening and should be taken into account when interpreting this finding.

On school reopening, Professor Nair adds, “We found an increase in R after reopening schools but is not clear whether the increase is attributable to specific age groups, where there may be substantial differences in adherence to social distancing measures within and outside classrooms. Furthermore, more data are needed to understand the specific role of schools in increased SARS-CoV-2 transmission through robust contact tracing.”

Studies have found that measures, including school closure, social distancing, and lockdown (a combination of all measures), could reduce R substantially to near or below 1, but this is the first study to look at the effects on R following the relaxation of these measures.

In this modelling study, data on daily country-level estimates of R were linked with data on what measures those countries had in place from January 1, 2020 to July 20, 2020. The timeline of each country was divided into individual phases when all measures remained the same in that country. The analysis included 790 phases from 131 countries and the authors used a model to measure the association between which measures were in place and changes in the R. They used this to estimate the effect up to 28 days on the R of introducing or lifting measures. In addition, they modelled four combinations of measures that could be introduced to tackle the resurgence of SARS-CoV-2.

A decreasing trend over time in the R was found following the introduction of five individual measures, with a reduction in R 28 days after banning public events (24%), school closures (15%), workplace closure (13%), internal movement limits (7%), and requirements to stay at home (3%). However, when each of these measures were introduced individually, the only one to have a statistically significant effect on the R number was a public events ban.

The effect of introducing measures was not immediate; it took an average of 8 days after introducing a measure to see 60% of its effect on reducing the R number.

Similarly, the effect of lifting measures was not immediate; it took an average of 17 days to see 60% of its effect on increasing the R number.

In addition, the authors did a secondary analysis which modelled the total visits to workplaces and the total time spent in residential areas using Google mobility data among 101 countries. Google Mobility data suggests that people took a similar time to adapt their behaviour to comply with workplace closures and stay at home requirements as the delay between the measures and the effects seen on R. Therefore, they suggest that delays could be explained by the population taking time to modify their behaviour to adhere to measures.

The authors note that some of the greatest effects on R were seen for measures that are more easily implementable by law, like school reopening and introduction of a public events ban. They suggest that the effect of these measures may be because their effects are more immediate, and compliance is easier to ensure. For example, when schools reopen, the majority of children return, and change is immediate, compared with say lifting of internal movement limits or requirements to stay at home, as there is a need for change in population behaviour, which takes time and cannot be measured in the datasets they used.

Likewise, the authors suggest that low compliance with bans on gatherings of more than ten or more than 100 people may be a possible reason why they did not find a substantial reduction in transmission after this measure being introduced. In addition, they note that they were unable to distinguish between indoor versus outdoor gatherings in this measure due to lack of data.