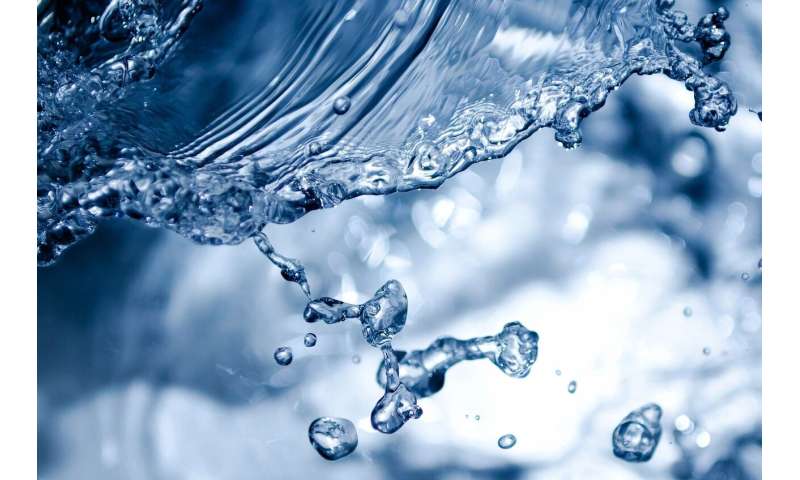 Findings from a new study conducted by a team of researchers at Dartmouth’s Geisel School of Medicine and published in the journal Preventive Medicine Reports, show that involving pediatric practices in the promotion of private well water testing can influence parental compliance.

More than 43 million people living in primarily rural areas of the U.S. rely on private unregulated wells for their drinking water—including northern New England, where 40 to 50 percent of the population depend on private wells. This puts families, and particularly vulnerable populations such as children, potentially at risk for ingesting harmful contaminants such as arsenic.

Inorganic arsenic, a tasteless and odorless metalloid, is known to contaminate 10 to 20 percent of bedrock wells in New Hampshire. This raises a significant public health concern given arsenic is associated with a myriad of health conditions, including bladder and other cancers, and growing evidence indicates impacts on children’s health and development.

Yet, efforts to encourage well owners to periodically test their private wells, an activity that has fallen on the public health system (which lacks regulatory authority), have only seen limited success. Previous surveys in New Hampshire, for example, have reported that nearly 60 percent of residents hadn’t tested their wells in at least three years and 15 percent had never had their wells tested. Lack of awareness among the physician community about the health risks of well water, parental confusion about which chemicals to test for, poor lab access, and the cost of testing have all been cited as reasons for poor compliance.

“We wanted to see if we could move the needle on testing by integrating it into the clinical environment as part of routine pediatric preventive care,” explains Carolyn Murray, MD, MPH, director of the Community Outreach and Translation Core for the Dartmouth Children’s Environmental Health and Disease Prevention Research Center and lead author on the study.

The research team conducted the study with 11 pediatric and family medicine clinics that are members of the Dartmouth CO-OP Primary Care Practice-based Research Network—a 250-member voluntary research organization of primary care practitioners located in New Hampshire, Vermont, and Maine. Parents of children under 12 months of age who use a private well were eligible, and a total of 240 kits were dispensed (at no cost).

To determine the most effective practice approaches to achieve successful well water testing, two interventions (with two study arms each) were assessed. The first compared differences in testing completion when water analysis results were provided only to the parents versus being provided to both the parents and clinic. The second tested the effectiveness of doing after-visit parental reminders to complete testing versus not doing follow-up reminders.

“I’d say we were very successful at getting all of the practices on board with asking parents, ‘Where do you get your drinking water?’ and raising clinician awareness of the prevalence of arsenic in private wells,” says Murray, who is also an assistant professor of medicine, community and family medicine, and of The Dartmouth Institute for Health Policy and Clinical Practice at the Geisel School of Medicine. “What we did learn was that there’s a lot more complexity to people’s testing behavior beyond just cost and beyond just the doctor saying, ‘You should do this.'”

Well water testing completion rates ranged from 10 to 61 percent across the practices and study arms, with an average of 29 percent. The study arm with both parent and clinic access to results and a follow-up system of reminders for parents was more than twice as likely to achieve test completion than other study arms. But having clinicians (versus other staff) distribute the kits, irrespective of study arm, was the strongest predictor of testing completion overall.

“I think our main takeaway was that we can engage primary care practices in screening for drinking water source and promoting well water testing,” says Murray. “But we need to get more creative in how we work with clinicians and care teams on this important health issue. There’s definitely room for improvement, but we’re off to a good start.”