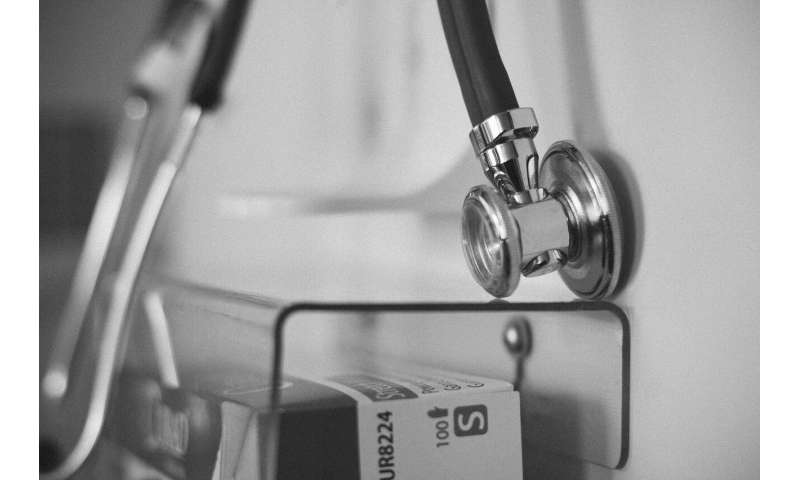 The history of structural racism in the U.S. must be acknowledged as a driver of health problems and shortened lives for Black people and other racial and ethnic groups, says an American Heart Association report that seeks to spark action to fix the problem.

“Structural racism has been and remains a fundamental cause of persistent health disparities in the United States,” declares the presidential advisory published Tuesday in the AHA’s journal Circulation. It offers a summary of the historical context of structural discrimination, connects it to current health disparities and looks for ways to dismantle or mitigate its continuing effects.

The idea that racism adversely affects an individual’s health is not new, said Dr. Keith Churchwell, who led the writing group for the advisory. For example, racism has been shown to lead to stress, depression and long-lasting, cumulative damage to the body and brain, the report said.

The advisory notes COVID-19 has caused disproportionate harm to people who are Black, Hispanic, Pacific Islander and American Indian/Alaska Native, and the police killings of George Floyd, Breonna Taylor and others have put the subject of structural racism front and center across the nation.

That makes the problem too important for health organizations and health advocates to ignore, Churchwell said, because structural racism leads to specific gaps—in economics, education, nutrition and health care access—that can shorten lives.

“We can’t actually put it to the side and say it is an issue that time itself will resolve,” said Churchwell, president of Yale New Haven Hospital in Connecticut. “We have to become active in resolving this issue.”

Structural racism refers to “the ways in which society is set up in such a way that advantages and opportunities are preferentially given to those of one race rather than to another,” said co-author Dr. Mitchell Elkind, a neurologist at New York-Presbyterian/Columbia University Irving Medical Center in New York City. “We have to change the underlying structure that allows that to happen.” Elkind also is president of the AHA, which plans to combat structural racism as part of its goal to help all people have the chance to live longer, healthier lives.

We know things like high blood pressure, diabetes and smoking lead to cardiovascular disease, Elkind said. And higher rates of those problems in some groups lead to health disparities. For example, Black people in the United States are much more likely to die from heart disease or stroke than their white counterparts.

Structural racism is “an important, fundamental driver” of such differences, he said. Which means doctors, scientists, policymakers and others have a role in addressing it.

“The consequences of racism in the past persist in such a way that certain racial and ethnic groups still live in poor neighborhoods that have less green space, that have poor air quality, have a more dangerous environment that may preclude exercise and healthy behaviors, may have less nutritious food options, and certainly suboptimal educational experiences,” Elkind said. “These things have not gone away.”

The advisory connects past actions by the U.S. government to such current problems. Churchwell singled out the GI Bill as one example.

“The GI Bill had a huge impact on this country in terms of the development of the middle class after World War II,” he said. It gave millions of returning veterans the chance to buy homes in safe, prosperous neighborhoods. But because of structural racism, many Black Americans were locked out by segregationist laws and bank policies that restricted investments in Black neighborhoods.

That helped trap Black veterans and their descendants in poor neighborhoods. And it’s just one example of how racist policies—some recent, some not—continue to affect people’s health.

Reading about some of the ugliest parts of America’s history—for example, the forced removal of Native Americans from their land and the lynching of people of Mexican descent—is difficult but necessary, Churchwell said.

“We live with the consequences of those decisions in our lives every single day,” he said. “We have to understand that. We have to accept that, then think about how we resolve those issues so that we can move forward.”

Dr. Fatima Rodriguez, an advisory author, said it provides helpful, precise language for discussing race-related issues. “I’m a health disparities researcher, and I learned a lot in terms of using the correct vocabulary to begin these conversations,” said Rodriguez, an assistant professor of cardiovascular medicine at Stanford University School of Medicine in California.

Researchers often look at race, ethnicity and health outcomes, she said. “But we don’t focus on the root of health inequities. And we really feel that’s structural racism.”

The advisory notes the AHA has previously published statements on health disparities among distinct racial and ethnic groups, including a 2018 scientific statement looking at cardiovascular disease among South Asians living in the United States. But Elkind said those papers didn’t explicitly focus on structural racism in a meaningful way. Future papers, when relevant, will.

In addition, the AHA will look to assure its medical journals use “processes that assure antiracism and diversity considerations,” the advisory said.

Rodriguez said sweeping historic overviews such as this were not normal territory for a scientific journal. “I think the fact that we’re doing this is important and really signals this transition, for all of us in medicine, of the way we have to think,” she said.

Churchwell suggested the advisory might be “a shot across the bow” in terms of getting doctors and scientists to acknowledge the problem of structural racism, then starting to work toward solutions. He envisions hospitals and large institutions being formally evaluated on how well they’re addressing the problem.

“This has been a topic of conversation for well over 60 years, if not longer,” he said. But events have come to a flashpoint. “We need to make a true generational leap in regard to fixing all this.”

Elkind acknowledged fixes would not be easy.