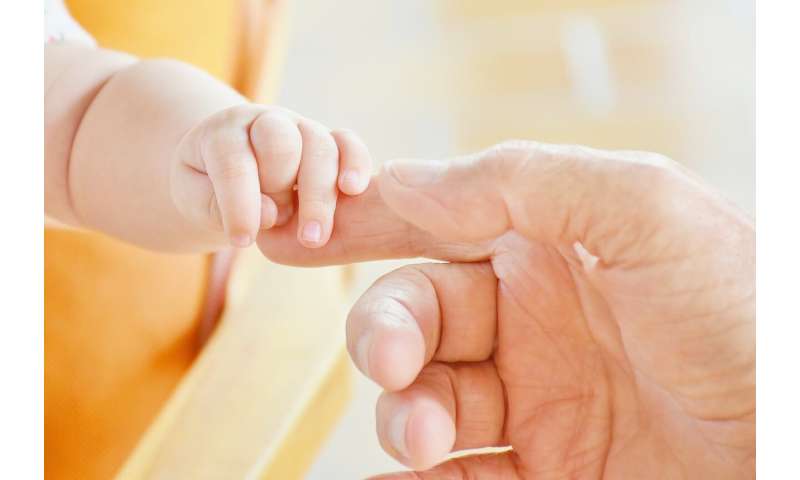 Researchers have found a new gene mutation that leads to sudden infant death, which could unlock the case of Kathleen Folbigg—who is over halfway through a 30-year prison sentence for the murder and manslaughter of her four children.

Ms Folbigg was convicted by a jury in 2003. She has always maintained her innocence.

New research, to be published in EP Europace, shows two of Ms Folbigg’s daughters—Sarah and Laura—both carried a previously undiscovered variant in a maternally-inherited gene that is likely to cause sudden unexpected death in infancy and childhood.

The “G114R” variant in the CALM2 gene, which is predicted to cause lethal cardiac arrhythmias, was found in both Ms Folbigg and her two daughters. According to the researchers, this variant could raise serious doubts about Ms Folbigg’s conviction.

“We have found the CALM2 variant was the likely cause for the deaths of Kathleen Folbigg’s two children, Sarah and Laura,” Professor Vinuesa said.

The researchers say CALM genes are associated with a range of life-threatening cardiac arrhythmias, complications with the heartbeat, and Ms Folbigg was a mildly symptomatic carrier. Over 13 percent of individuals with pathogenic CALM mutations remain healthy.

The paper which is authored by world-class experts—including leading cardiologist and expert in inherited cardiac arrhythmias, Professor Peter Schwartz—states: “A fatal arrhythmic event in both Sarah and Laura may have been triggered by their intercurrent infections. Sarah had a croupy cough and had been started on antibiotics, and Laura also had a respiratory infection and was found to have florid myocarditis on autopsy.”

The authors say the finding is “a reasonable explanation for a natural cause of their deaths.”

Professor Vinuesa said: “This discovery could help mothers across the globe. Whole genome sequencing has the potential to explain sudden infant deaths.”

Scientists from Italy, Denmark, Canada, US and France performed a range of experiments to conclude that Ms Folbigg’s CALM2 variant is as damaging as other CALM variants known to cause sudden unexpected death in young children both while awake and during periods of sleep. They predict that carriers of the CALM2 variant are prone to lethal cardiac arrhythmias of the IVF and CPVT type.

The researchers also highlight Ms Folbigg’s two sons also had illnesses that can aggravate or cause respiratory arrest.

Professor Vinuesa said: “Caleb died at 19 days. He had a floppy larynx and breathing difficulties and was diagnosed with laryngomalacia. Patrick died at eight months from airway obstruction in turn due to epileptic fits.”

Recently, Professor Vinuesa found Caleb and Patrick carried another rare mutation known to cause early onset lethal epilepsy in mice when deleted. While she says further research is required, she says it highlights that a single unifying cause of death in the four children is not needed to explain their deaths.

As part of an inquiry into Ms Folbigg’s convictions in 2019, ANU researchers Professor Vinuesa and Professor Matthew Cook, were independently asked to perform a genomic investigation to determine if a previously undiscovered genetic cause could explain the deaths of the children.

Co-author Professor Cook, who was researching on behalf of the NSW Crown, also came to the same conclusion about the CALM2 variant.

The inquiry finished in July 2019, before the functional evaluation of the CALM2 variant was completed, and concluded that there was no natural cause for the Folbigg children’s death.