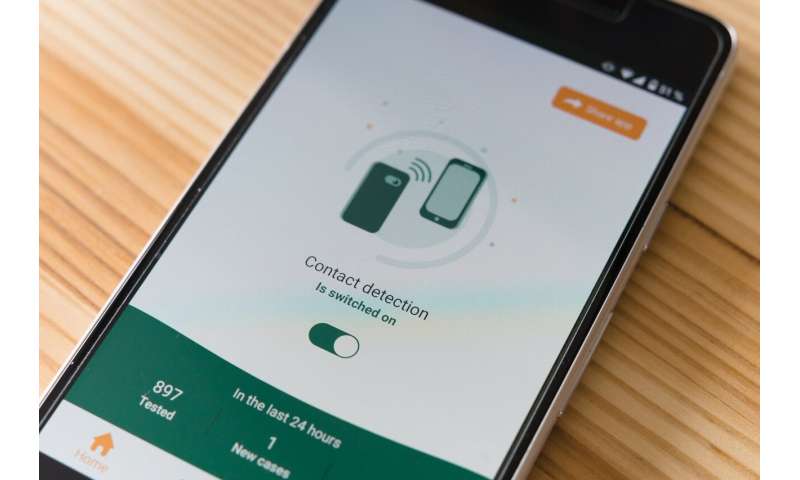 Portugal’s government is rowing back on mandatory use of a COVID-19 tracing app after suspending a parliamentary vote which would have made downloading it compulsory.

The vote on the “Stay Away COVID” app had been scheduled for Friday, when parliament is also expected to make the wearing of face masks outdoors compulsory.

“There have been many doubts on this measure,” Prime Minister Antonio Costa told broadcaster TVI in an interview late Monday, saying he had asked the speaker of parliament to withdraw the vote from the agenda.

“It is good to have a deeper discussion to dispel all the doubts in order for Portuguese to continue downloading the application, which is safe and respects anonymity,” Costa said.

“Stay Away COVID” tips off users when they have been in recent contact with someone testing positive for coronavirus.

To date, about two million of Portugal’s 10 million population have downloaded it—but the government says that is nowhere near enough to make it work properly.

Some observers have questioned if making the app compulsory is constitutional.

Portuguese doctors on Monday stated that “there is no solid scientific proof that using the application can contribute significantly to reducing incidence of COVID-19”.

Several nations have launched tracing apps, considered an essential weapon against rising COVID-19 transmission, but results have been underwhelming.

France will launch a second variant this week—”Tous anti-COVID” (everybody against COVID) after a first one flopped.

Portugal, which locked down comparatively early to avoid the worst excesses of the first wave of the pandemic, has in recent weeks been battling a rising caseload with last Friday seeing a 24-hour record of 2,608 fresh cases.