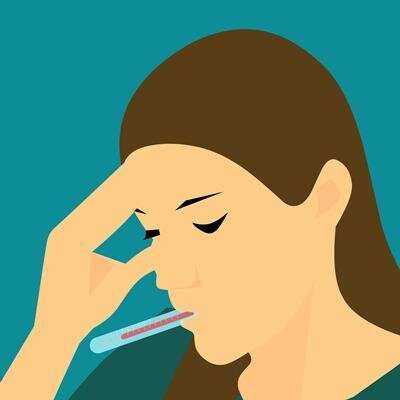 Southampton-led research has shown that implementing point-of-care testing in hospitals to diagnose influenza can lead to better treatment and faster recovery for patients. The researchers are now calling for routine use of these tests to become standard for patients admitted with acute respiratory symptoms during the influenza season.

The influenza virus causes seasonal epidemics of acute illnesses every winter. Adults who are admitted to hospitals are often taken to critical care wards and between 3% to 15% die in hospital. Diagnosis of influenza in hospitals takes time due to the long turnaround time of the standard PCR test which requires samples to be sent to a laboratory, leading to inappropriate or late antiviral treatment and isolation facility use.

Molecular Point-of-care tests are highly accurate and can provide results in less than one hour but there has been limited assessment of their effectiveness in terms of improving recovery for patients in clinical settings.

In this new study, a team of researchers from University of Southampton and University Hospital Southampton randomized patients admitted with acute respiratory symptoms to receive point-of-care testing using the FilmArray Respiratory Panel 2 or routine clinical care—where testing was at the discretion of the clinical teams and used stranded laboratory testing. Over two concurrent influenza seasons 600 patients were enrolled in total with just over 300 in each group. Patients in point-of-care group had a nose and throat swab performed and immediately tested on the FilmArray instrument located in the acute area, with the results communicated to clinical teams as soon as available.

The findings, published in the journal The Lancet Respiratory Medicine, showed that patients tested routinely with the point-of-care test received their result much more rapidly and were much more likely to be correctly diagnosed with influenza. 100% of the patients who had influenza in this group were correctly diagnosed compared to just 62% of patients with influenza who received routine care. Those that remained undiagnosed in the routine care group did not receive antivirals and were not nursed in single room accommodation, meaning that they were much more likely to pass influenza on to other patients. The results for the patients in the point-of-care group were available within one hour, meaning those with confirmed influenza received the necessary antiviral treatment faster than those in the routine care group whose results took almost a day to come back. In addition, those in the point-of-care testing group recovered faster and were less likely to deteriorate, compared to those in the standard care arm.

The trial was led by Dr. Tristan Clark, associate professor and honorary consultant in infectious diseases at the University of Southampton and University Hospital Southampton. He said, “Our trial has shown that Routine molecular POCT for influenza in hospitals leads to improvements in influenza detection, antiviral use, isolation facility use and recovery compared with the current standard of care.