The Oxford adenovirus COVID-19 vaccine is safe and elicits significant immune responses in study volunteers, according to research published in The Lancet. 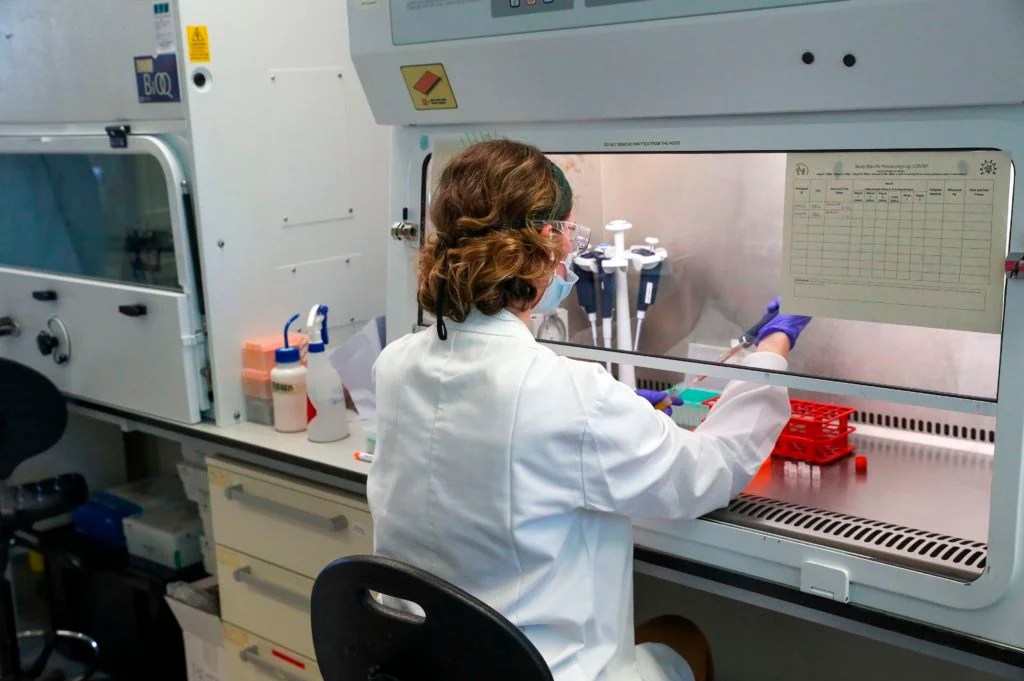 Among the myriad of vaccine candidates that researchers across the globe are developing to stop the spread of the new coronavirus, SARS-CoV-2, the Oxford vaccine has already garnered significant attention.

The vaccine, which the researchers call ChAdOx1 nCoV-19 but many refer to as the Oxford vaccine, uses a weakened adenovirus from chimpanzees.

Together with colleagues across the United Kingdom and Europe, the researchers from the University of Oxford in the U.K. previously demonstrated that the vaccine could protect rhesus macaques on subsequent exposure to the new coronavirus. This research has not been through full peer review yet.

A further study, which has also not undergone peer review yet, indicated that pigs were able to produce neutralizing antibodies to SARS-CoV-2, in addition to showing T cell responses. A second booster shot led to an enhanced antibody response, the authors write.

The latest results in The Lancet show that the vaccine is safe in humans and that it also produces a measurable immune response. Experts have reacted with cautious enthusiasm to the preliminary findings.

For their study, the researchers recruited 1,077 volunteers at five study sites across the U.K., half of whom received the Oxford vaccine while the other half received a meningitis vaccine, which served as the control.

The average age of the study participants was 35, the gender split was roughly equal, and 90.9% were white.

Side effects in response to the Oxford vaccine were common but generally mild. They included fatigue, headaches, pain at the injection site, and flu-like symptoms. Prophylactic acetaminophen, which a subset of volunteers received, was effective in reducing these symptoms.

The quantity of antibodies that the team measured peaked 28 days after injection and remained elevated at 56 days.

The 10 participants who received a booster shot of the Oxford vaccine had an increased number of antibodies at 56 days.

When the researchers specifically looked for neutralizing antibodies, which can stop the virus from infecting host cells, they found that the majority of people had developed these.

However, antibodies are not the only way in which people can fight off pathogens. T cells, which are a type of white blood cell, can attack cells that are infected with a virus.

The team was able to measure T cell responses within 7 days of vaccination. These peaked at 14 days and were still measurable at 56 days. Delivering a second booster shot had no effect on T cell responses.

While these results certainly are encouraging, the study authors highlight some limitations. These include the short follow-up time and the fact that most of the study participants were young, white, and in good health.

“Further studies are required to assess the vaccine in various population groups, including older age groups, those with comorbidities, and in ethnically and geographically diverse populations.”

Reactions to the results have been positive, but experts do urge caution.

“We are still in the early days of understanding what constitutes an effective long-term immune response against SARS-CoV-2,” says Dr. Doug Brown, Chief Executive of the British Society for Immunology. “This paper shows that the Oxford vaccine elicited both neutralizing antibodies and T cell immune response against SARS-CoV-2 in the majority of patients after a single dose — this is a good first sign, but we still have yet to understand whether these immune responses will have an effect if those individuals encounter the SARS-CoV-2 virus in the future.”

“It has encouraging results, but it is not the end of the road, far from it, but a vital, necessary step toward an effective vaccine without significant harms,” comments Prof. Stephen Evans, a professor of pharmacoepidemiology at the London School of Hygiene and Tropical Medicine in the U.K.

“The key elements required to proceed to a phase III trial are all there. The responses measured in the blood and the absence of serious harms indicate there is a possibility of an effective vaccine against COVID-19,” he continues. “It does not yet show that the disease is reduced or prevented, and this will not be easy to show until phase III trials have been completed in settings where the SARS-CoV-2 virus is circulating at a high rate, and people are getting clinical and severe disease.”

The authors also take a cautionary approach to their conclusions. “Further clinical studies, including in older adults, should be done with this vaccine,” they write about the implications of the evidence of their work.