OCD drug improves coronavirus symptoms by stopping body from attacking its own cells and tissues in ‘storms’ that can cause organ failure, study finds

Fluvoxamine, sold under the brand name Luvox, is a medication that scientists believe has anti-inflammatory properties, which can help control the immune system’s overreaction to the virus.

No patient who was given the drug suffered from shortness of breath or low oxygen levels compared to nearly 10 percent of patients given a placebo, researchers from the Washington University School of Medicine in St Louis, in Missouri, found.

With no vaccines available yet, there is a pressing need to test both existing medicines and experimental therapies to stop the disease, which has killed more than 241,000 Americans, in its tracks. 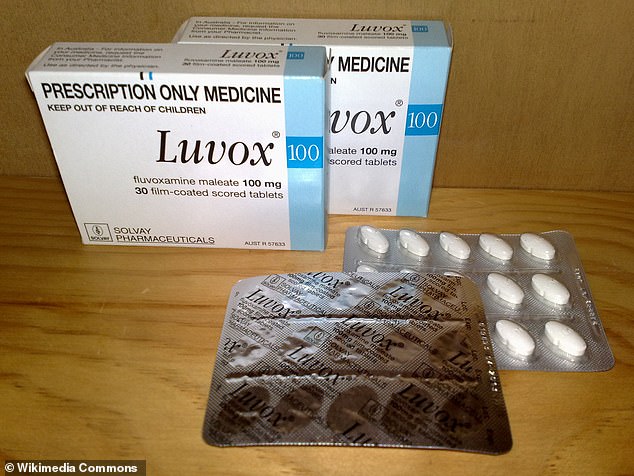 In a new study, researchers gave half of a group of coronavirus patients fluvoxamine (pictured), a drug commonly used to treat patients with OCD or anxiety disorder, and the other half a placebo 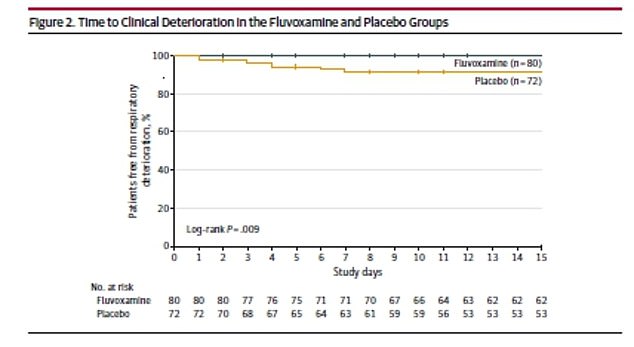 Fluvoxamine falls under a class of drugs known as selective serotonin reuptake inhibitors, which are a type of antidepressant.

The oral tablet is most commonly used to treated OCD or anxiety disorder, also known as social phobia.

But researchers believe it also interacts with a receptor called sigma-1 to help mitigate a dangerous overreaction to the virus by the body’s immune system called a cytokine storm.

These so-called storms occur when the body doesn’t just fight off the virus but also attacks its own cells and tissues.

In cases of COVID-19, the disease caused by the virus, cytokine storms can trigger respiratory distress, which can lead to multi-system organ failure and death.

Currently, fluvoxamine is not approved by the US Food and Drug Administration for use in coronavirus patients.

For the study, published in the Journal of the American Medical Association, the team recruited 152 non-hospitalized adults with confirmed cases of COVID-19.

The patients, who live in the St Louis metropolitan area (Missouri and Illinois) were treated between April 10 and August, with a final follow-up on September 19.

Participants were randomly assigned to receive 100 milligrams of either fluvoxamine or placebo three times daily for 15 days.

Researchers analyzed patients for signs of clinical deterioration, which included shortness of breath and/or oxygen saturation levels less than 92 percent. 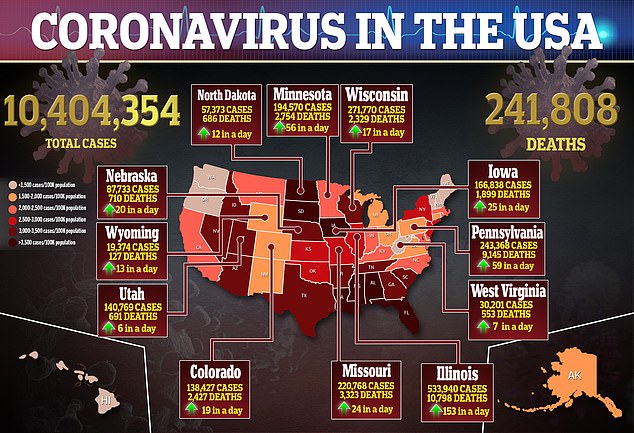 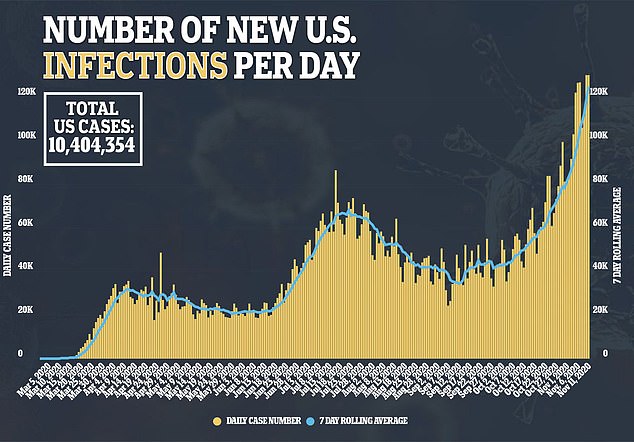 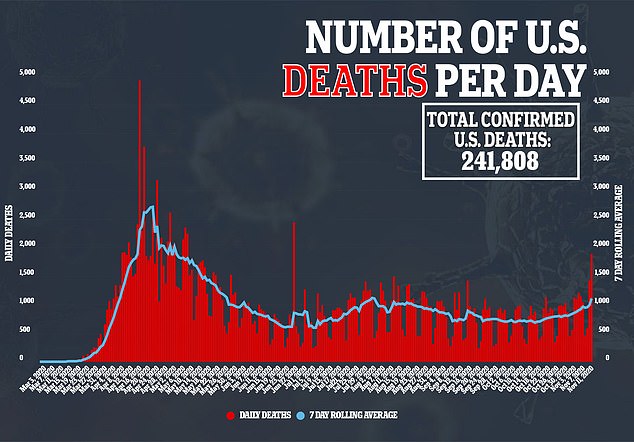 Four of the six patients required hospitalization and one required mechanical ventilation for 10 days.

The absolute difference between the groups was 8.7 percent, which means the drug lowered risks by nearly 10 percent.

‘In this preliminary study of adult outpatients with symptomatic COVID-19, patients treated with fluvoxamine, compared with placebo, had a lower likelihood of clinical deterioration over 15 days,’ the authors wrote.

‘However, the study is limited by a small sample size and short follow-up duration, and determination of clinical efficacy would require larger randomized trials with more definitive outcome measures.’