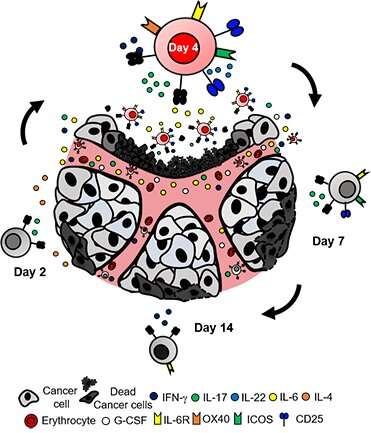 Adoptively transferred T-cells can prolong survival and sometimes cure patients with advanced solid tumors. While promising, it can take months to generate the necessary T-cells to help these patients. Such slow speed makes this therapy impractical for most patients who need immediate treatment.

In the September issue of Cancer Research, Hannah Knochelmann, a student in the Medical Scientist Training Program at the Medical University of South Carolina (MUSC) and researcher in Chrystal Paulos’ laboratory, teamed up with investigators at three different NCI-designated cancer centers—MUSC Hollings Cancer Center, Emory Winship and the James at The Ohio State University—to report a new approach to generate T-cells faster for patients in the near future.

The human immune system contains two main types of T-cells: CD4 and CD8. This team cut down the time needed to manufacture T-cells from several months to less than one week by using a remarkably potent CD4 T-cell subset, called Th17 cells.

Adoptive T-cell transfer therapy, which is the transfer of therapeutic T-cells into a patient, is used in only a handful of institutions around the world. This makes a potent therapy inaccessible for the general population. These protocols often use billions of CD8 T-cells, which have cytotoxic properties that allow them to kill cancerous cells. However, it takes weeks of growth in cell culture to grow enough CD8 T-cells to be used in a single treatment. Paulos, who is Knochelmann’s mentor and director of Translational Research for Cutaneous Malignancies at Emory University, said, “What is most remarkable about this finding is that we can build on this platform to bring T-cells to patients all over the world.”

The best effector Th17 cells are grown in cell culture for only four days before being infused into the host. Any shorter or any longer in culture reduced the efficacy of the treatment. While the team could generate more Th17 cells over several weeks, more cells were actually equally or less effective compared with fewer Th17 cells expanded only four days. This finding highlights the potential that T-cell therapy can be administered to patients sooner, a discovery that has immediate clinical implications.

Another limitation of conventional T-cell therapy is that patients can relapse—cancer can return even after seemingly successful treatment. Therefore, Knochelmann and the team sought to develop a therapy that was long-lived while understanding factors that can prevent relapse. They found that day-four Th17 cell therapy provides a long-lasting response. Interestingly, IL-6 was a key cytokine in fueling these T-cells to prevent relapse after treatment. This cytokine destabilized the regulatory T-cells, the brakes of the immune system, which empowered the Th17 cells to kill cancer cells. 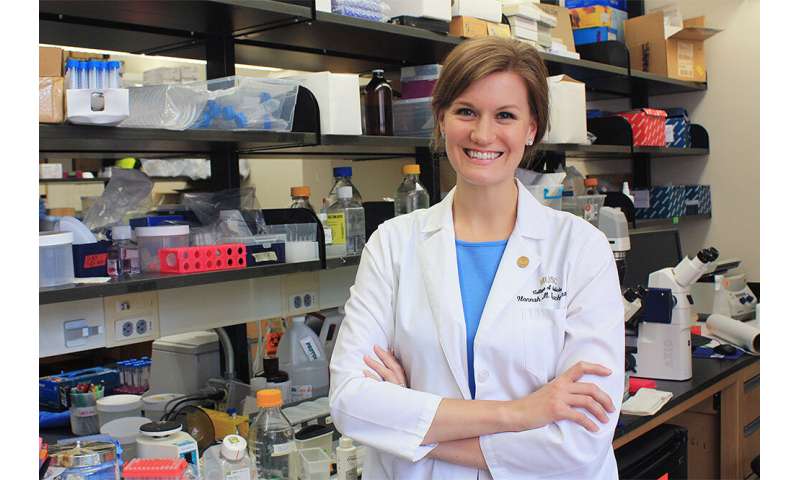 Paulos said the researchers want this data to inspire physicians with a new way of thinking about immunotherapy. “This treatment has the potential to be very versatile. If the tumor can be targeted, meaning that a unique identifier for the tumor is known, this treatment can be effective. Thus, this therapy can be used to treat patients with either liquid or solid tumors.”

Knochelmann said the core facilities and research environment at MUSC were a critical piece for the success of this work. “Many colleagues gave me key advice on this discovery. In fact, this work is a great example of what can be accomplished when different minds come together. It has been inspiring and rewarding to work on improving medicine for the future.”