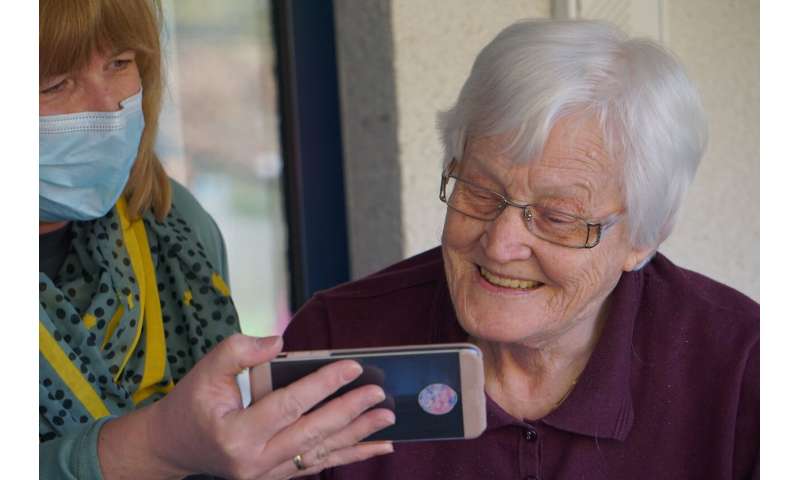 As more than 90,000 of the nation’s long-term care residents have died in the coronavirus pandemic, advocates for the elderly say a tandem wave of fatalities is quietly claiming tens of thousands more who are succumbing not to the virus but to neglect by overwhelmed staffs and slow declines from isolation.

Nursing home watchdogs are being flooded with reports of residents kept in soiled diapers so long their skin peeled off, left with bedsores that cut to the bone, and allowed to wither away in starvation or thirst.

Beyond that are swelling numbers of less clear-cut deaths that doctors believe have been fueled by despair and desperation from being cut off from loved ones ̶ listed on some death certificates as “failure to thrive.”

“What the pandemic did was uncover what was really going on in these facilities,” said June Linnertz, whose father died in June after she found him in what she said were putrid conditions at his Plymouth, Minnesota, assisted living facility. “It was bad before, but it got exponentially worse.”

Nursing home expert Stephen Kaye, a professor at the Institute on Health and Aging at the University of California, San Francisco, analyzed data from 15,000 facilities for The Associated Press, finding that for every two COVID-19 victims in long-term care, there is another who died prematurely of other causes. Those “excess deaths” beyond the normal rate of fatalities in nursing homes could total more than 40,000 since March.

The more the virus spread through a home, Kaye found, the greater the level of deaths recorded for other reasons, suggesting care suffered as workers were consumed with attending to COVID-19 patients or were left short-handed as the pandemic infected employees themselves.

“The healthcare system operates kind of on the edge, just on the margin, so that if there’s a crisis, we can’t cope,” Kaye said. “There are not enough people to look after the nursing home residents.”

Dr. David Gifford, chief medical officer of the American Health Care Association, which represents nursing homes, disputed that there has been a widespread inability of staff to care for residents and dismissed estimates of tens of thousands of non-COVID-19 deaths as “speculation.”

“There have been some really sad and disturbing stories that have come out,” Gifford said, “but we’ve not seen that widespread.”

Families around the country, though, say their loved ones didn’t have to die.

In Birmingham, Alabama, Donald Wallace was one of the lucky few to avoid infection as COVID-19 tore through West Hill Health and Rehab.

But the 75-year-old retired truck driver became so malnourished and dehydrated that he dropped to 98 pounds and looked to his son like he’d been in a concentration camp. Septic shock suggested an untreated urinary infection, E. coli in his body from his own feces hinted at poor hygiene, and aspiration pneumonia indicated Wallace, who needed help with meals, had likely choked on his food.

“They stopped taking care of him,” said his son, Kevin Amerson, who provided medical files documenting the conditions he described. “They abandoned him.”

West Hill Health said Wallace was “cared for with the utmost compassion, dedication and respect.”

Cheryl Hennen, Minnesota’s long-term care ombudsman, is among the advocates who’ve seen complaints pour in for bedsores, dehydration, and other examples of neglect, such as a man who choked to death while unsupervised during mealtime. She fears many more stories of abuse and neglect will emerge as her staff and families are able to return to homes.

“If we can’t get in there, how do we know what’s really happening?” she asked.

When the lockdown began at Gurwin Jewish Nursing Home on New York’s Long Island, Dawn Best was confident her 83-year-old mother would continue receiving the doting care she’d grown used to. But as the virus spread, Best sensed the staff couldn’t handle the hand it had been dealt.

“My mom went from being unbelievably cared for to dead in three weeks,” said Best. “They were in over their head more than anyone could imagine.”

Representatives for Gurwin said they could not comment on Best’s case but that its staff “has been doing heroic work.”

“Failure to thrive” was among the causes listed for Maxine Schwartz, a 92-year-old former cake decorator who lived at Absolut Care of Aurora Park in upstate New York.

Schwartz’s daughter, Dorothy Ann Carlone, paid daily visits to her mother in which she’d coax her to eat, a routine that was halted in March by the facility’s COVID-19 restrictions.

Carlone, as her daughter feared, stopped eating and within weeks was dead.

Dawn Harsch, a spokeswoman for the company that owns Absolut Care, noted a state investigation found no wrongdoing and that “the natural progression of a patient like Mrs. Schwartz experiencing advanced dementia is a refusal to eat.”

But Carlone is unconvinced and wonders what her mother thought when she no longer appeared each day to see her: “That I didn’t love her anymore? That I abandoned her? That I was dead?”

She thinks the pain of it all played a role in her mother’s death.