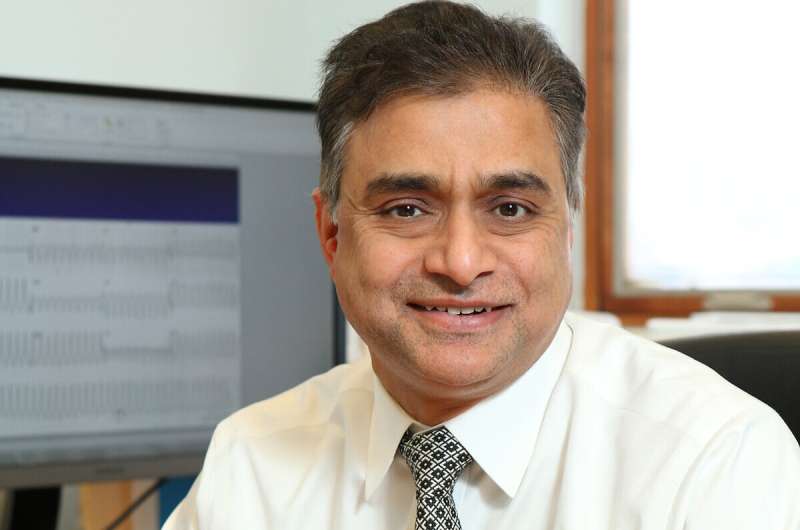 A new mutation found in a gene associated with an increased risk of atrial fibrillation poses a significantly increased risk for heart failure in Black people.

The discovery, made by researchers at the University of Illinois Chicago, could change current guidelines that recommend against genetic testing in people with atrial fibrillations, also known as AFib.

“We found that this new variant confers a significantly increased risk in African Americans, and this mutation has a 50% chance of being passed on to offspring,” said Dr. Dawood Darbar, UIC professor of medicine and pharmacology at the College of Medicine. “Since it increases risk for heart failure, it would be wise to test people with atrial fibrillation to see if they carry this dangerous gene.”

AFib is the most prevalent heart rhythm disorder worldwide and increases the risk of stroke, heart failure and even dementia.

Previous research from Darbar’s lab identified several genes with variations or mutations that increased the risk of early-onset AFib in white people. One of these variants is in a gene called Titan—the largest gene in the human genome.

Darbar and colleagues sequenced the genes associated with increased risk of early-onset AFib in 227 Black and Latino patients with early-onset AFib who were seen at UI Health, UIC’s health care system.

“With early-onset AFib, which we defined in our research as younger than age 65, the likelihood that AFib is genetic, or familial in its cause, is much higher,” Darbar said.

They found that 7% of these patients had at least one genetic variation associated with an increased risk of AFib. Among these patients, 50% had a mutation in the Titan gene.

“The Titan mutation is very strongly associated with an increased risk for heart failure as well as AFib, which suggests that African Americans and Hispanic/Latinos with early-onset AFib be screened for this dangerous gene,” Darbar said.

Darbar and colleagues also discovered a new genetic variation they think might be associated with an increased risk of early-onset AFib.

“The new gene we discovered was present in six families with two or more individuals with early-onset AFib, making this gene very suspicious,” Darbar said. “We will be looking into the significance of this variation in our future studies.”