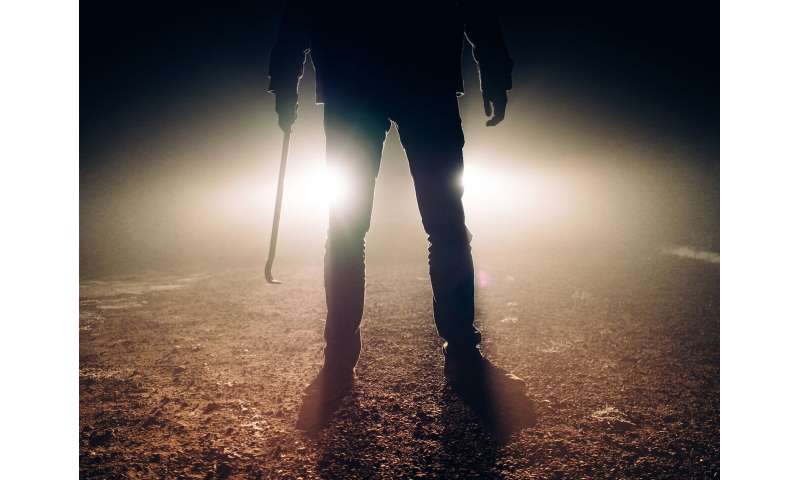 Violence reduction strategies, which have traditionally focused on pubs and nightclubs, need to be broadened to include places where alcohol is not served if they are to be effective, a new study has suggested.

Researchers from Cardiff University’s Violence Research Group gathered data from 10 city centers across England and Wales and used machine learning to map the distribution of reported incidents of violent crime against alcohol outlets and, crucially, locations where alcohol is not sold.

When they compared their analysis to a model mapping only places where alcohol is sold, the researchers discovered their new combined model more accurately predicted levels of violence.

The study found that alongside pubs and bars several other destinations often associated with typical “nights out” were hot spots for violent crime, including fast-food outlets, takeaways, bus stops and cash machines. The researchers say this is the first time such a wide area has been analyzed and their study has uncovered previously unmapped violence hot spots.

Joseph Redfern, a Ph.D. student working on modeling alcohol-related violence, who is from the Visual Computing Group at the School of Computer Science and Informatics, led the data-driven research.

“Violence reduction strategies often focus on pubs, bars and nightclubs, for example staggering pub closing times and venue security requirements—and while alcohol outlets remain the best individual predictors of violence, our research suggests that more could be done in a range of other locations,” said Joseph, 27, from Anglesey, North Wales.

“Our study provides a means to better understand where violence takes place and could inform new, targeted initiatives. The research also shows that such violence reduction strategies would be most effective if developed on a city-by-city basis rather than implemented as a generic ‘one-size-fits-all’ approach.”

Joseph said he was interested in researching this area because it allowed him to analyze large datasets and work on an issue that has the potential to make a real impact.

“If this work could help to inform new violence reduction strategies and reduce the number of assaults, it could have a positive effect on many people’s lives,” he said.

Professor Simon Moore, director of the Violence Research Group and Co-Director of the Cardiff University Crime and Security Research Institute, said: “Where there are people there is a risk of violence. Some people are more prone to be aggressive and understanding how certain locations attract these people means resources can be put in place to challenge violence.

“It is likely that the COVID-19 pandemic has led to considerable pent up demand and when nightlife returns to normal it is very likely levels of violence will as well. But we have a unique opportunity to think clearly about how we can better manage public spaces so that people have fun, but safely. This work makes a considerable contribution to our understanding of these issues.”

The study used public police data which is available throughout England and Wales.