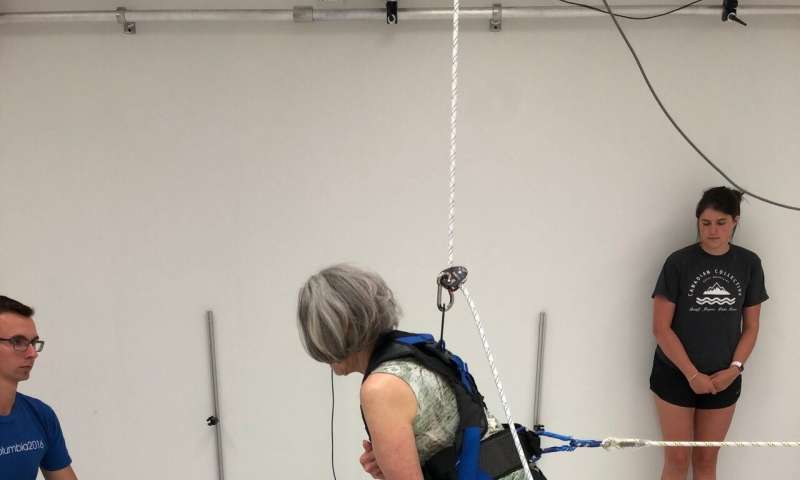 According to the National Institute on Aging, people aged 65 or over are more likely to suffer from cardiovascular disease and limited mobility in their joints and limbs. To keep older populations healthy and mobile, MU School of Health Professions associate professor Stephen Sayers has been exploring the effectiveness of low weight, high-speed weightlifting on muscle performance and function in older adults.

“Strength is just your ability to produce force, but power is the ability to produce that force quickly, so there is a speed component when you look at increasing muscle power,” Sayers said. “Research has suggested that older individuals who lift lighter weights at higher speeds increase their muscle power and functionality to a greater extent compared to those who lift heavier weights at slower speeds.”

In a pilot study, Sayers compared vascular function in two groups of older individuals before and after 16 weeks of weightlifting. One group completed high-speed power training with lighter weights while the other group focused on lifting heavier weights at slower speeds. Sayers found that the group lifting lighter weights at faster speeds improved vascular function compared to the group lifting heavier weights.

“When you train with lighter weights and higher speeds, you don’t generate as much of a blood pressure response during exercise,” Sayers said. “When you train with heavy weights, your blood pressure really rises, which can lead to stiffer blood vessels and restricted blood flow to your organs and tissues. Since the risk of cardiovascular disease increases for adults over 65, high-speed power training can help maintain heart and blood health as well as joint and limb health.”

In addition to cardiovascular problems, Sayers added that falls are another leading cause of hospitalizations among older individuals. His research examines whether high-speed power training can help older adults move their limbs and joints faster, which can potentially be life-saving in an emergency situation.

“If we can train older adults to move their limbs faster, they might be able to catch themselves before they fall if they happen to trip or stumble,” Sayers said. “Whether it is increasing cardiovascular health or muscle functionality, my overall goal is keeping older adults healthy, active and safe in their communities.”