Kate Williams presented BBC Radio 5 Live and created a fan base of devoted listeners. The newsreader had her world collapse after a cancer diagnosis and underwent surgery to remove many parts of her inner body.

Kate spoke to the BBC last year and said: “If you look at the medical literature, they often quote 153 cases in the world.

“And if in the UK I know of three other people, mainly through a Facebook group that I joined.

“If you look at mesothelioma it’s not a nice one to look at.

Kate went on to explain how her rare disease often feels “really lonely”.

She said: “It’s also quite traumatic because every time [I see a new doctor] I have to explain it.” 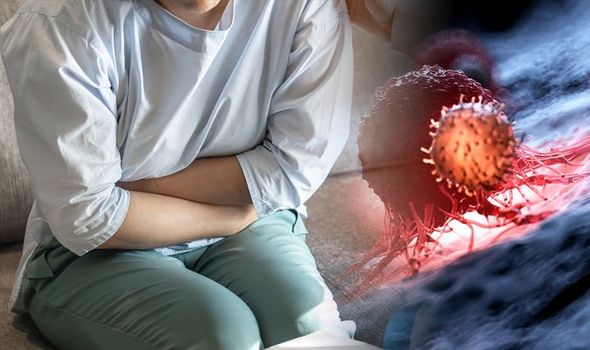 The NHS explained: “Mesothelioma is a type of cancer that develops in the lining that covers the outer surface of some of the body’s organs.

“More than 2,600 people are diagnosed with the condition each year in the UK.

“Most cases are diagnosed in people aged 60 to 80, and men are affected more commonly than women.”

Kate underwent surgery to try and help with the condition and described it as “MOAS – mother of all surgeries“.

“They took out the cervix, uterus, fallopian tubes, ovaries, greater omentum, lesser omentum, pelvic peritoneum, another bit of my peritoneum.

“I keep saying I’m lucky or it wasn’t too bad – my surgery was only about six hours.”

Kate said she still had problems with her bowels and stomach as well as weak bones after the gruelling surgery.

She will also continue to have annual scans for the foreseeable future but thankfully her first scan showed no evidence of disease. 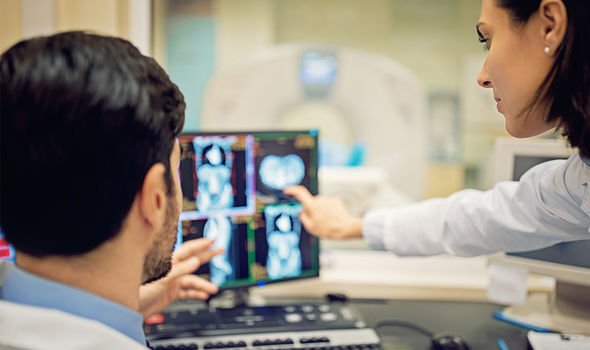 What are the symptoms of mesothelioma?

“The symptoms of mesothelioma tend to develop gradually over time.

“They typically don’t appear until several decades after exposure to asbestos.

“Symptoms of mesothelioma in the lining of the lungs include chest pain, shortness of breath, fatigue, a high temperature, a persistent cough, loss of appetite or clubbed fingertips.

“Symptoms of mesothelioma in the lining of the tummy include tummy pain, feeling sick or unexplained weight loss,” added the NHS.

When materials that contain asbestos are disturbed or damaged, fibres are released into the air.

When these fibres are inhaled, they can cause serious diseases.

These diseases will not affect you immediately, they often take a long time to develop, but once diagnosed, it is often sadly too late to do anything about it.

Kate is married with two children and is keeping strong and positive.

“They never say you are all clear because there’s so few of us that have it, the stats are you can have up to 70 percent recurrence,” she added.