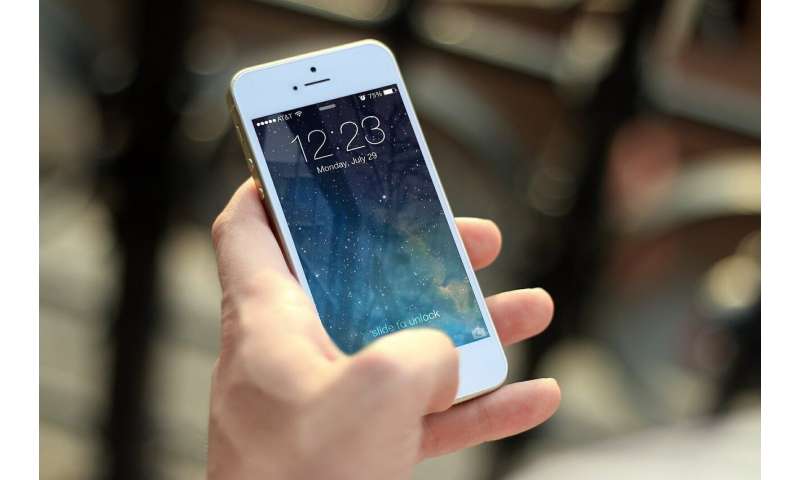 How annoying is it when you’re talking to someone in person and they suddenly pick up their cellphone to communicate with someone else?

For two University of Delaware researchers, that’s not a rhetorical question. They set out to try to learn exactly how annoying this behavior is, what circumstances make it especially irritating—and if there are ways to avoid offending someone when you just have to interrupt a conversation to take a call.

“Everybody seems to agree that it’s annoying when a person you’re talking with face-to-face starts using their phone, but there hasn’t been a lot of research,” said Scott Caplan, professor of communication. “And the researchers who have looked at this topic vary widely in terms of exactly what they studied and the research methods they used.”

Caplan and John Courtright, also a professor of communication, conducted a meta-analysis in which they reviewed all the published research they could find about what has come to be called “phubbing,” or “phone snubbing.” They came up with some 43 studies and summarized those findings to pinpoint what social scientists have studied so far and to identify promising areas for further research.

Some of the studies examined instances of phubbing between acquaintances, friends or romantic partners, and they explored such varied circumstances as receiving or making a phone call or merely having a phone nearby during a face-to-face conversation. Despite these differences in context, the UD researchers found a common thread:

“There’s a consistent finding that the effects of phone use during an in-person interaction are negative,” said Caplan. People whose conversation was interrupted by another’s phone use generally reported more negative feelings about the other person.

The meta-analysis research has been published in Human Communication and Technology, a new journal that Caplan helped create and that makes its articles free and accessible online.

In addition to the meta-analysis, Caplan and Courtright have conducted research at UD on phubbing and are awaiting publication of a second paper about those studies. Its working title is “Don’t Touch That Phone or You’ll Be Sorry.”

Using undergraduate research assistants posing as just another student—and before the coronavirus (COVID-19) pandemic restricted in-person gatherings—the researchers had their confederates chat with fellow students participating in the study and then have some type of cell phone interruption. Later, the participants were asked to rate their feelings about the interruption and about the student who they did not know had been working with the researchers.

The scenarios of the interruptions varied, with the student research assistants sometimes mentioning in advance that they were expecting an important call and other times just taking a call with or without an “excuse me.”

“We were looking to answer the questions: What is it that people don’t like about another person using their phone? And what makes it better or worse?” Courtright said.

The UD undergraduate assistants also have been analyzing video records of their interactions with the study participants. One finding so far is that, if a person looks away when someone gets or makes a call during their conversation, that’s an indication that they’re especially annoyed or offended by the behavior.

Meanwhile, it appears that alerting someone that you’re expecting a call you’ll have to take is one way of mitigating that person’s annoyance and negative opinion of you when you’re interrupted, Courtright said. Although cell phone etiquette has changed over time, he thinks it’s still important to look for ways to avoid offending others.