Fat comes in two forms – subcutaneous fat or visceral fat. Visceral fat poses potentially deadly health risks due to its location to several important organs in the body. Subcutaneous fat, on the other hand, lies just beneath the surface of the skin. To get rid of visceral fat and greatly reduce your risk of serious health complications, experts agree sleep is vital and this is how many hours you should be aiming for to help lose belly fat.

Sleepfoundation.org said: “A recent study published in the journal SLEEP found that extremes of sleep duration are related to increase in abdominal fat in person’s younger than 40 years old.

“Researchers found that a person sleeping less than five hours at night gained more abdominal fat over a five-year period, versus those who averaged over six hours per night.

“Although the study focused on persons 40 years or younger, the National Sleep Foundation’s own 2003 Sleep in America poll found that older adults are not exempt from the ill-effects of insufficient sleep.

“Some highlights from the poll were inadequate sleep is associated with diabetes in older adults and sleep problems are common in older adults who are classified as obese or overweight.” 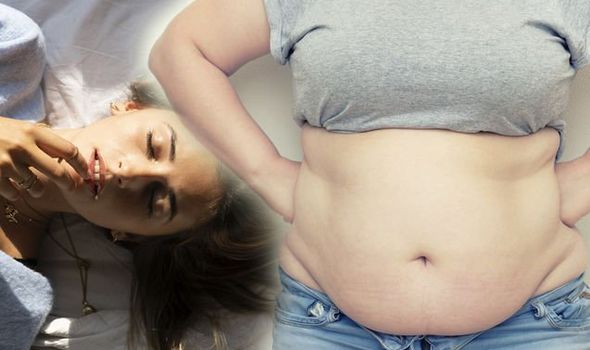 A good night’s sleep can do wonders for the body, mind, and soul.

In a study with the National Library of Medicine, associations between short sleep duration and obesity was investigated.

The study noted: “Sleep duration was inversely related to both waist circumference and sagittal abdominal diameter.

Many studies have found that people who are sleep deprived and not getting the required hours per night have an increased appetite the next day.

This is likely caused by the impact of sleep on two important hunger hormones known as ghrelin and leptin.

Ghrelin is a hormone released in the stomach and signals hunger in the brain.

Leptin is a hormone released from fat cells and suppresses hunger and helps to signal to the brain that you are full.

When a person does not have the adequate amount of sleep, the body makes more ghrelin and less leptin, leaving a person constantly hungry, eating more and sadly increasing visceral fat. 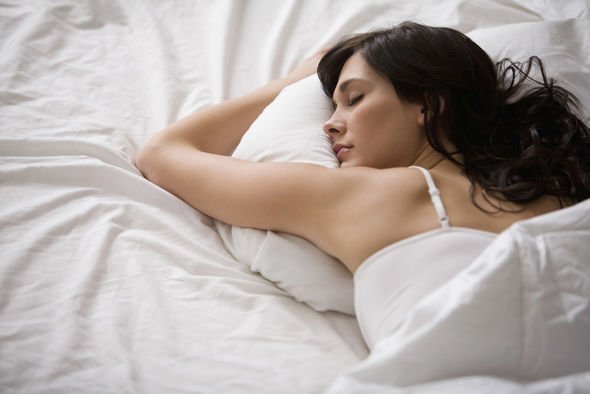 Health experts advise increasing your sleep to help get rid of visceral fat.

For a person who struggles with getting the required amount of shut eye, try relaxing before bed by reducing the amount of screen time.

Taking magnesium supplements has also been proven to help aid in a better night’s rest.

Several studies have also given insight into the strong association between obstructive sleep apnoea (OSA) and visceral fat.

OSA is a relatively common condition where the walls of the throat relax and narrow during sleep, interrupting the normal breathing process.

The NHS explained: “This may lead to regularly interrupted sleep, which can have a big impact on quality of life and increase the risk of developing certain conditions.”

In addition to ensuring you are getting enough sleep, regularly exercising will greatly help you to lose belly fat.