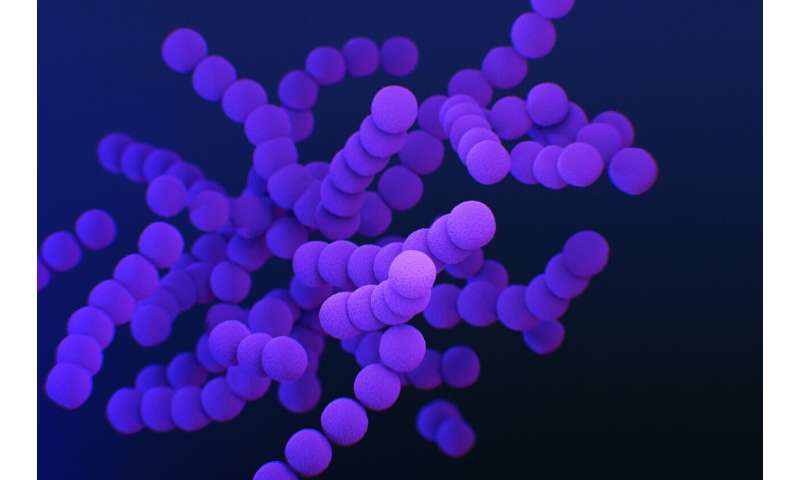 A team of researchers from several institutions in China, and two in the U.S. reports a link between human gut microbiome disturbances and major depressive disorder (MDD). In their paper published in the journal Science Advances, the group describes their study of fecal samples from MDD patients and control groups.

MDD is a mood disorder that is characterized by persistent feelings of sadness or lack of interest in ordinary life stimuli. It is believed to have a biological origin and thus is not simply a reaction to events. In this new effort, the researchers suggest they have found evidence that links problems with the gut microbiome to symptoms of MDD.

The work involved collecting 311 fecal samples from 156 people with MDD and 155 people that did not have the disorder. Each of the samples underwent a genetic analysis to identify microbes and other material found in the samples. The team also performed large-scale gas chromatography-mass spectrometry on the samples to learn more about their makeup.

The researchers found differences in some of the components in the samples between those with and without MDD. More specifically, they found 47 bacterial species that were different, along with 50 fecal metabolites and three bacteriophages that were also different. As part of their findings, they also found higher levels of members of the bacterial species of the genus Bacteroides in MDD patients and lower levels of those that belonged to the species Eubacterium and Blautia. They suggest that MDD may be characterized by microbiome problems. The team also noted that higher levels of Bacteroides in the microbiome might help to explain why so many MDD patients have heightened levels of cytokines and associated inflammation compared to the general populace.