Following reports that the U.S. Food and Drug Administration was in talks with Moderna and Operation Warp Speed officials to consider halving vaccines’ dose volume to speed inoculations and extend supply, the federal watchdog late Monday dismissed the approach, calling it a "significant public health risk." 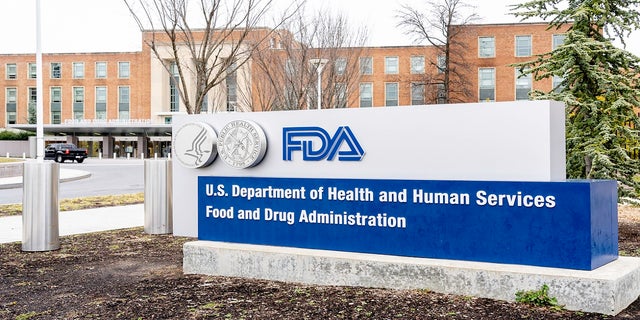 "At this time, suggesting changes to the FDA-authorized dosing or schedules of these vaccines is premature and not rooted solidly in the available evidence," reads the statement. "Without appropriate data supporting such changes in vaccine administration, we run a significant risk of placing public health at risk, undermining the historic vaccination efforts to protect the population from COVID-19."

The news follows comments from Dr. Moncef Slaoui, the chief operating officer for Operation Warp Speed, who told CBS’ Margaret Brennan that halving the dose volume in Moderna vaccines administered to those aged 18 to 55 translates to an "identical immune response" to the full, 100-microgram dose.

This plan would inoculate twice the amount of people, Slaoui said, calling it a "more responsible approach based on facts and data."

Slaoui did not, however, endorse spacing vaccinations apart further than the authorized schedule.

"I think it’s not reasonable, when vaccines have been developed with two doses given 21 days apart, or 28 days apart and where we have the data on their safety and their efficacy," Slaoui said. "We have no data on one dose if we leave people a month, two months, three months with maybe incomplete immunity, waning immunity, maybe even the wrong kind of immune response induced that is then corrected by a second dose." 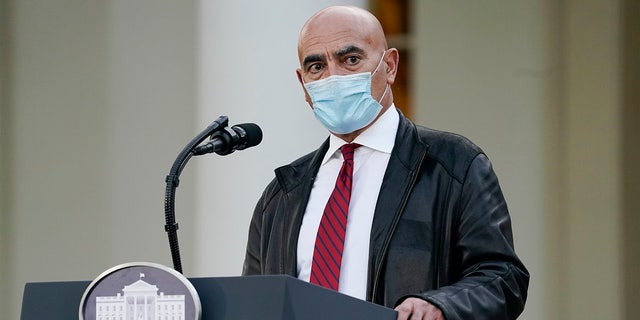 The U.S. FDA’s stance directly conflicts with an approach in the U.K., with officials backing a decision to space out vaccine doses 12 weeks apart, in a bid to "save lives" and distribute first doses wider across the population. Though the U.K. has yet to authorize Moderna’s vaccine, it has rolled out jabs for Pfizer and AstraZeneca, the former of which said its vaccine should be administered within the 21-day specified period. Though AstraZeneca previously said a dosing regimen spaced up to 12 weeks apart was safe and effective in clinical trials.

The FDA noted "common misinterpretations" of the drug sponsors’ data regarding the first dose. While the vast majority of participants in Pfizer's and Moderna’s clinical trials received two doses about three to four weeks apart, 98% and 92%, respectively, the participants who deviated from the timeline were only followed briefly, not allowing the FDA to form "definitive" conclusions about level of protection, and length of protection, afforded by single-dose shots.

Despite Slaoui’s comments that halving the Moderna dose would result in an "identical immune response" in individuals aged 18 to 55, the FDA said altering the dosage from that studied in clinical trials is "concerning," citing "some indication" that the immune response is linked to duration of protection.

"We know that some of these discussions about changing the dosing schedule or dose are based on a belief that changing the dose or dosing schedule can help get more vaccine to the public faster," the statement continues. "However, making such changes that are not supported by adequate scientific evidence may ultimately be counterproductive to public health."

GET THE FOX NEWS APP

Moderna got FDA emergency authorization for its coronavirus vaccine on Dec. 18, one week after a vaccine developed by Pfizer and BioNTech received the same designation. Both vaccines are over 90% effective at preventing COVID-19 disease. At the time, an independent advisory panel to the FDA found that the Moderna vaccine reduced the risk of confirmed COVID-19 – including severe cases – occurring at least 14 days after the second dose.

Of note, the panel noted that the Moderna clinical trial didn't have a single-dose arm for comparison.

"The efficacy observed after dose 1 and before dose 2, from a post-hoc analysis, cannot support a conclusion on the efficacy of a single dose of the vaccine, because the numbers of participants and time of observation are limited," reads panel documents posted ahead of the December review.