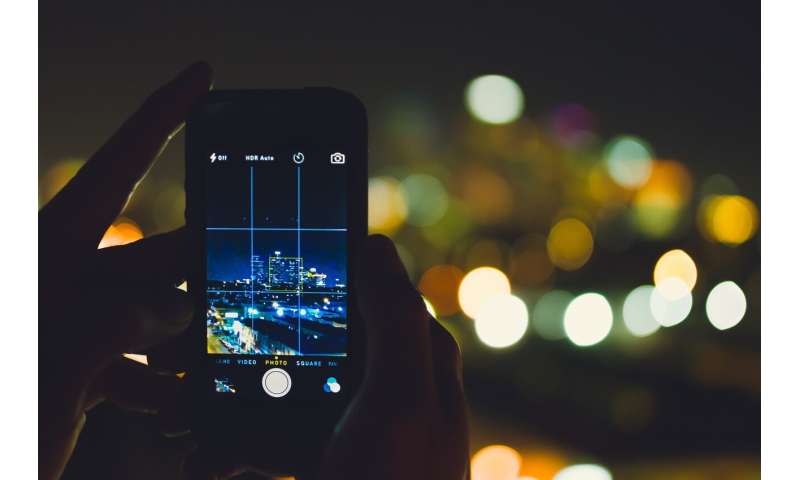 A team of researchers affiliated with multiple institutions in China has found that repeatedly exposing lab mice to blue light at night can lead to developing symptoms of depression. In their paper published in the journal Nature Neuroscience, the group describes their experiments with lab mice and blue light, and what their results may mean for humans.

Prior research has shown that people who work night shifts are more prone to depression than people who work during the day—but it is still not clear why. In more recent times, studies have shown that using a smartphone at night on a regular basis may also contribute to depression. In this new effort, the researchers wondered if experiencing light in the eyes at night might be part of the problem—or in this case, if it might be just blue light. To learn more, the researchers carried out experiments that involved exposing lab mice to blue light.

The researchers exposed lab mice to blue light for two hours every night for three weeks and then watched the mice closely to determine if the light exposure was having any discernable impact on their behavior. The researchers found that initially, the mice showed no signs of change at all. But after three weeks, the mice began to work less hard for a sugar reward and tried less hard to escape when presented with the possibility—both considered to be signs of depression in mice. The researchers also found that the depressive symptoms continued for up to three weeks, even after discontinuation of night light exposure.