From the devastating 2003 death of her father, Robert, to tackling first-time motherhood amid relationship hurdles, Khloe Kardashian has faced some of the most challenging times of her life, often with the world watching. But behind-the-scenes, the 36-year-old entrepreneur and television personality has tackled such hurdles shadowed by an extra obstacle — battling debilitating migraines 3-4 times monthly. Causing excruciating pounding, visual disturbance, nausea and dizziness, the genetic neurological disease has taken a toll on everything from business to motherhood – like when she had to ditch trick-or-treating with daughter True, then miss sister Kendall Jenner’s birthday last Halloween.

“She was a Dalmatian and I was Cruella de Vil – we were so fabulous!” Khloe tells SheKnows. “I was so excited, thinking, ‘She’s going to remember this Halloween forever,’ then I felt it coming and thought, ‘Oh god. We’re trick-or-treating with all her cousins … I’ll push through.’ But with all the kids and screaming, I was too sensitive and had to leave early.”

“I beat myself up over it,” continues Khloe, who shares 2-year-old True with Tristan Thompson. “She’s too young to remember, but as a mom, you hold those things over your head. It [felt like] this horrible thing I took away from her and [like my] migraine made us miss family memories. I value family immensely, so it’s upsetting when a migraine [means] I’m unable to celebrate my sister’s birthday or take my daughter trick-or-treating.”

As a migraine sufferer myself, I feel Khloe’s pain. Migraine affects 39 million Americans (28 million are women) yet remains an often-misunderstood and little talked about disease, which is frequently perceived as “just a headache” – despite the World Health Organization listing migraine in the top 10 most disabling illnesses. In a bid to empower patients, Khloe has helped launch online community TakeBackToday.com, in partnership with Biohaven Pharmaceuticals, whose new orally-dissolving tablet Nurtec ODT (rimegepant) provides acute treatment of migraine and has finally given Khloe relief.

SheKnows talked to Khloe about living with migraines and the impact they’ve had on her life, love and mental health. The following Q&A has been edited for length and clarity.

What do you recall about your first migraine?

I was 12-years-old and no one in my family had suffered from migraines, so I wasn’t familiar with what I was experiencing — sharp, lightning-like pains on the left side of my face. My head was excruciating, I was hot, shaky and had to lay down. When I was younger, people would say, ‘It’s just a headache. Move on.’ Even the school nurse, my parents or friends would say, ‘Get over it.’ It embarrassed me [and] made me not tell people anymore. I would suffer in silence.

How have migraines affected your professional life?

I’m such a planner – I live by my schedule and don’t believe in being late! I’ve had times where I’ve been late, redirected the entire day to a different day, missed Good American design meetings, postponed photo shoots. It breaks my heart because time is a level of respect and telling people, ‘I can’t come because I have a migraine,’ takes me back to the trauma of my childhood, [wondering], ‘Do they believe me? Do they know the severity of a migraine?’ It’s a weird, guilty feeling.

I’ve also experienced that with being a mom [and waking] up with migraines. Those days are the worst. How can I explain to a 2-year-old? ‘Sorry, mommy has a migraine. She can’t play with you.’

Have migraines affected relationships and dating?

I don’t think I’ve ever dated someone who’s experienced migraines, so I feel silly sometimes if I have a migraine [and say], ‘Can you get out of the room? I’d like to be in a dark room by myself!’ You feel overly-dramatic and think someone’s judging you – and they’re probably not. I’ve always been with people who are understanding and say they understand what I’m going through, but I don’t know if people really do.

Stress can be a trigger. Are there times you’ve been super-stressed, during which your migraines increased?
When my father passed away, my migraines were astronomically-high. You never [fully] deal with the death of a parent, but once I was healthier and better mentally, they declined. When I have a crazy workload, I get them more, and definitely during relationship issues.

During this pandemic, I’ve had more. When everything locked down, I was getting them every day. Sometimes I also stress myself out, thinking, ‘It’s been a week, so I’ll probably get one,’ – almost bringing it on myself because I’m planning to get one!

I hear you on that! It’s like living with constant dread about when the next one’s coming.
Right? That’s a horrible way to live.

What treatments have you tried?

I’ve tried so many prescriptions. Some work 1-2 times then I plateau or have aggressive side effects, so the trade-off isn’t worth it. I’ve tried over-the-counter things, acupuncture, pressure point massages. I have less migraines when I work out, so I try to even just walk every day. Staying hydrated has been a game-changer.

How has Nurtec ODT (rimegepant) been different?

I was given a sample and it worked really well. Two percent of people suffer nausea, but that wasn’t the case for me. It’s been a game-changer for day-to-day life, knowing I have that remedy in my purse. Previously, I was on one prescription where you could only take it three times monthly, so I had to pick which migraine to use it on, which was very stressful! I like that with Nurtec ODT, there’s no thinking involved. It’s a quick, dissolving tablet, which works within an hour. I’ve had so many days that I’ve lost and couldn’t get back due to a migraine… you literally get your day back from migraine.

#Sponsorship I’ve suffered from #migraine since 6th grade and they’ve been debilitating from day one. It’s robbed me of so many experiences and so much time with the people I love. I’m at the point in my life where I’ve had enough. I'm on a new migraine treatment @NurtecODT (rimegepant) that gives me hope. It alleviates my pain quickly and makes me feel back to normal again so I can focus on what matters to me. Migraine has literally erased hundreds of days of my life. But not TODAY. It’s time for all of us who suffer from this terrible disease to Take Back Today. We’re sharing our stories with #TakeBackToday. Who’s with us? See safety info here: @nurtecodt_pi. For the acute treatment of migraine in adults. Not a preventive treatment. Do not take Nurtec ODT if allergic to Nurtec ODT (rimegepant) or its ingredients. The most common side effect was nausea. Prescription only.

You’ve helped launch an online forum, TakeBackToday.com. As someone who’s felt overdramatic or alone in this at times, I think it’s awesome you’re helping build a community for sufferers. What do you hope people get from it?

People can discuss how they’re feeling, read what others are going through, learn tips. I hope people find a sense of inclusion because I [know what it’s like to] deal with things silently. When I was younger, no one talked about migraines. If they did, they were older. I don’t know sixth graders discussing migraines! I hope people feel less alone because feeling isolated also plays a huge role in mental health.

Mental health’s something many patients struggle with, especially when experiencing them as frequently as you do. Has migraine taken a mental toll?

I always try to have a positive outlook, but when you can’t go through your day without enduring a migraine it does get really discouraging. You think, ‘What’s wrong with me?’ or start going down this rabbit hole of questions about yourself. But knowing there’s options [helps]. I’ve been looking for relief for years and now I’ve found something, I encourage others to keep looking — try different medications, techniques or homoeopathic remedies and know you don’t have to suffer in silence, alone.

How supportive have loved ones been and who’s the most empathetic of your sisters?

My two best friends are great because they’ve seen me when we’re about to go out and I suddenly can’t walk because every step [comes with] horrible pounding. They’re compassionate, which makes it feel safe to talk about. My sisters are great. Kendall gets mild migraines with aura, so she understands. Kendall and Kim are really [supportive.] Kourt, too. They all are!

You all live such public lives. Given that stress is a trigger and you have to face difficult times with the added stress of public scrutiny, have you ever wondered whether you might suffer fewer migraines away from the spotlight?

With my life and job, there’s highs and lows, but the good outweigh the bad immensely. It’s a blessing to be with family as much as I am and [with work] I’m blessed. With that comes greater responsibility and because of me being open about [migraine] I was presented with different products, which led me to Nurtec OTD and gave me my solution. If I wasn’t in this position, who knows if I would’ve been given those products to try?

What would you say to anyone – and I was guilty of this before my first migraine – who thinks it’s ‘just a headache’?

Just because someone doesn’t have the same pain or you can’t understand what they’re going through, doesn’t mean they’re not going through it. If people lead life with compassion, wouldn’t this be a better world? 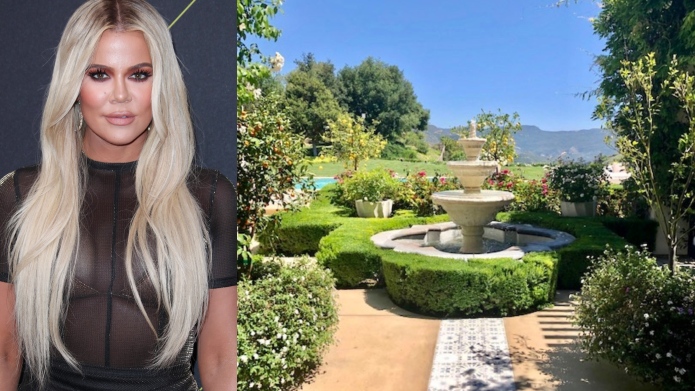 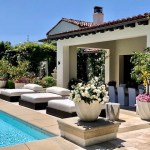 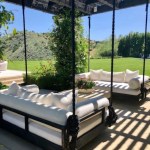 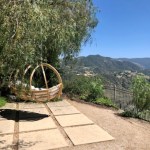 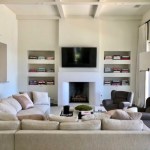