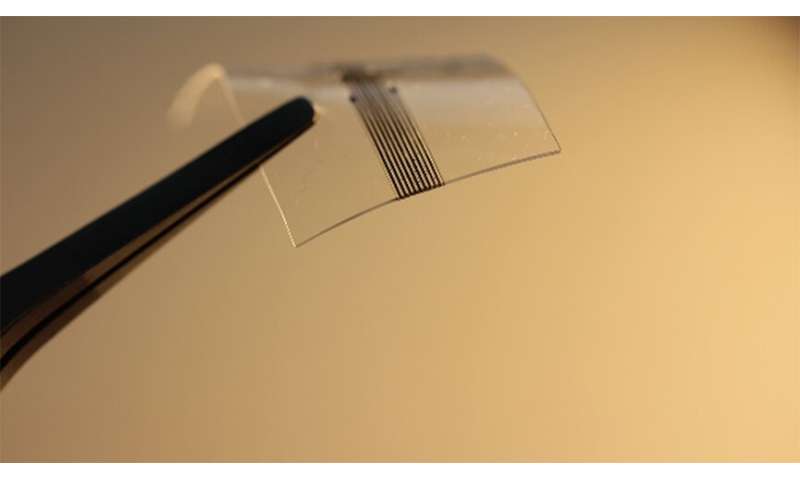 Linking the human brain to a computer is usually only seen in science fiction, but now an international team of engineers and neuroscientists at the University of Sheffield (UK), St Petersburg State University (Russia) and Technische Universität Dresden (Germany) have harnessed the power of 3-D printing to bring the technology one step closer to reality.

In a new study published in Nature Biomedical Engineering, the team led by Professor Ivan Minev (Department of Automatic Control and Systems Engineering, Sheffield) and Professor Pavel Musienko (St Petersburg State University), have developed a prototype neural implant that could be used to develop treatments for problems in the nervous system.

The neural implant has been used to stimulate the spinal cord of animal models with spinal cord injuries and now could be used to develop new treatments for human patients with paralysis. The proof of concept technology has been shown in the study to also fit well on the surface of a brain, spinal cord, peripheral nerves and muscles, hence opening possibilities in other neurological conditions.

Linking the human brain to a computer via a neural interface is an ambition for many researchers throughout the worlds of science, technology and medicine, with recent stories in the media highlighting efforts to develop the technology. However, innovation in the field is hampered by the huge costs and long development time it takes to produce prototypes—which are needed for exploring new treatments.

The technology promises great potential to bring new medical treatments for injuries to the nervous system based on a fusion of biology and electronics. The vision relies on implants that can sense and supply tiny electrical impulses in the brain and the nervous system. 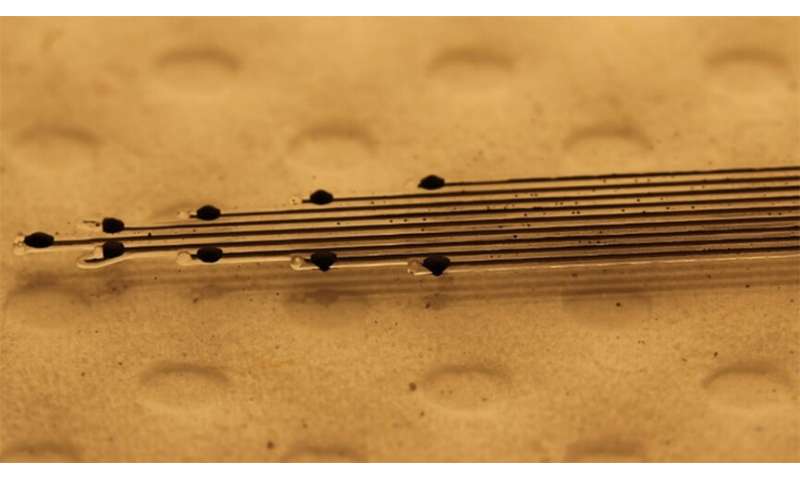 The team has shown how 3-D printing can be used to make prototype implants much quickier and in a more cost effective way in order to speed up research and development in the area. The implants can be easily adapted to target specific areas or problems within the nervous system.

Using the new technique, a neuroscientist can order a design which the engineering team can transform into a computer model which feeds instructions to the printer. The printer then applies a palette of biocompatible, mechanically soft materials to realize the design. The implant can be quickly amended if changes are required, giving neuroscientists a quicker and cheaper way to test their ideas for potential treatments.

Ivan Minev, Professor of Intelligent Healthcare Technologies at the University of Sheffield’s Department of Automatic Control and Systems Engineering, said: “The research we have started at TU Dresden and continuing here at Sheffield has demonstrated how 3-D printing can be harnessed to produce prototype implants at a speed and cost that hasn’t been done before, all whilst maintaining the standards needed to develop a useful device. The power of 3-D printing means the prototype implants can be quickly changed and reproduced again as needed to help drive forward research and innovation in neural interfaces.”

The researchers have shown that 3-D printers can produce implants that can communicate with brains and nerves. Following this early work, the team aims to demonstrate how the devices are robust when implanted for long periods of time.

The team’s ambition, however, is to go to the clinic and open up the possibilities of personalized medicine to neurosurgeons.