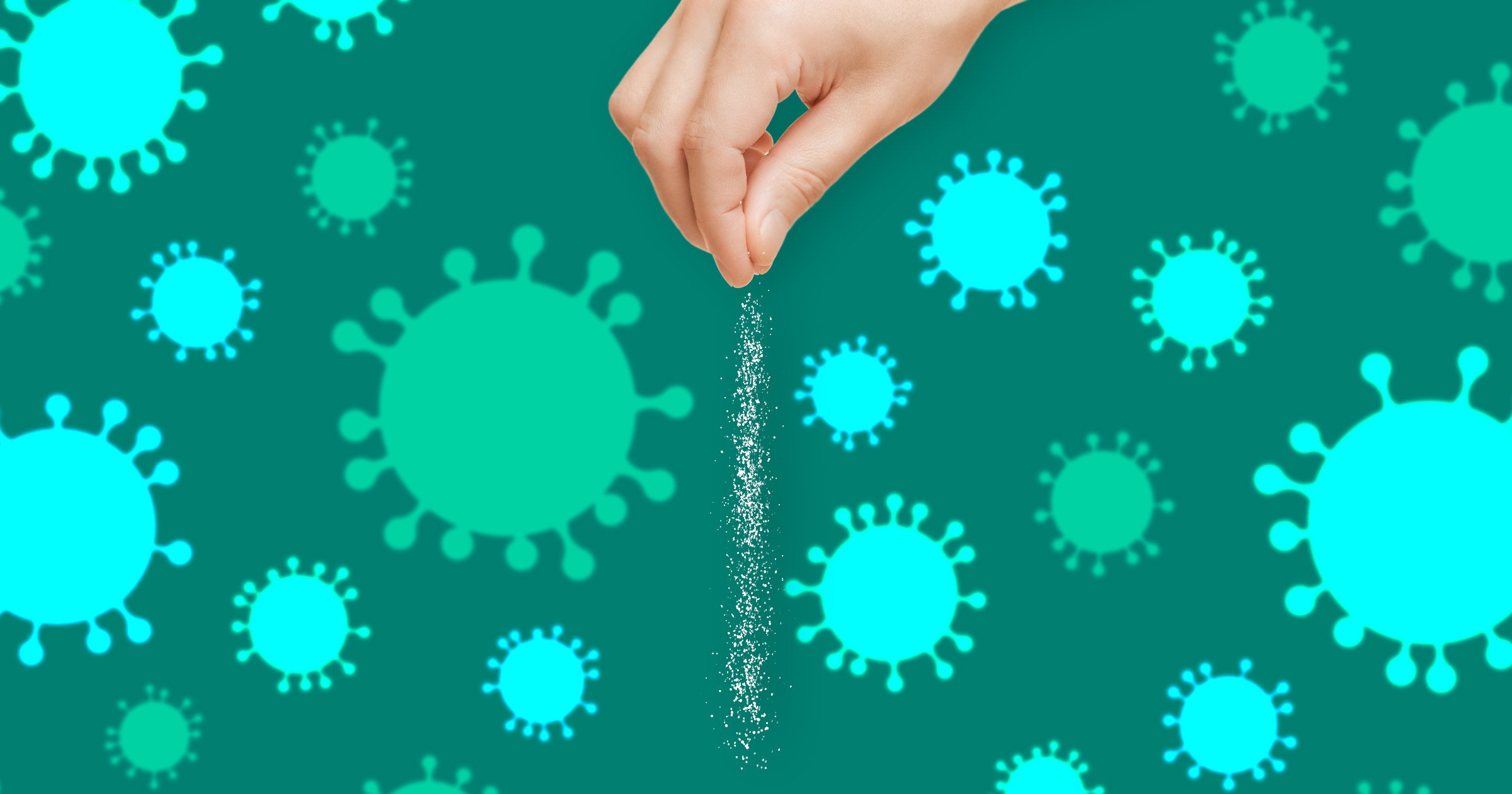 We’re all familiar with the downsides of eating too much salt – including heart and blood pressure problems.

But a new study has found another side effect that couldn’t be more relevant to the coronavirus climate.

New research has found that the amount of salt you eat could make you more vulnerable to illness from bacteria.

So salt can impact immunity, too.

The study, published in the journal Circulation, hoped to gain more understanding from a 2015 study – which found high amounts of sodium in the blood affected how a certain type of white blood cell prepares to react when it senses an unhealthy cell.

But it was concluded that scientists ‘still didn’t know what was happening in the cells,’ said Dr. Sabrina Geisberger of the Berlin Institute for Medical Systems Biology (BIMSB).

However, in this study, the team examined ‘the metabolism of immune cells that had been exposed to high salt concentrations,’ according to a release.

This time around, they noticed how salt impacts immunity by disrupting the respiratory chain – which causes cells to produce less ATP and less oxygen.

For those not clued-up, ATP (adenosine triphosphate) is explained by the release as ‘the universal fuel that powers all cells,’ providing energy for muscle power and metabolic regulation.

This means if a high sodium level in the body causes short supply of ATP, it can affect how these white blood cells mature and function.

These cells are responsible for the body’s immune response – so this is very important.

Professor Markus Kleinewietfeld, from Hasselt University, said: ‘Of course, the first thing you think of is the cardiovascular risk. But multiple studies have shown that salt can affect immune cells in a variety of ways.

‘If such an important cellular mechanism is disrupted for a long period, it could have a negative impact – and could potentially drive inflammatory diseases of the blood vessels or joints, or autoimmune diseases.’

So where do we stand with consuming salt?

According to this study, nutrition experts recommend that adults limit their daily intake to five or six grams at most – and this calculation includes the salt that is hidden in processed foods.

Get in touch at MetroLifestyleTeam@metro.co.uk.