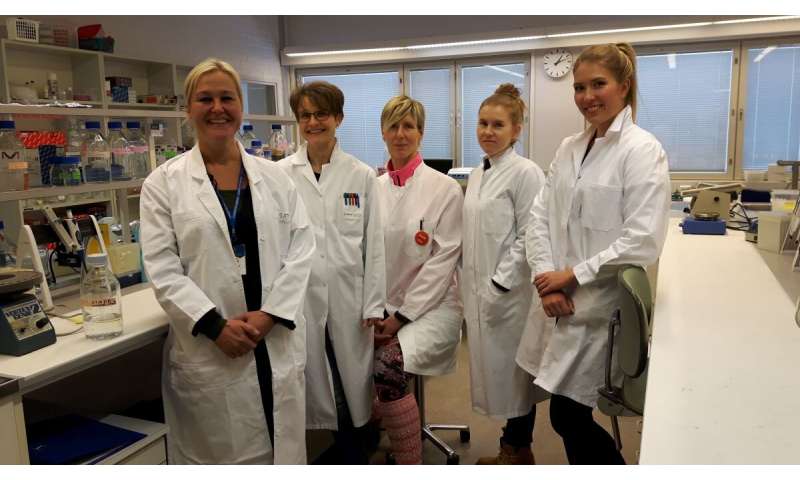 A recent study by researchers at the University of Jyväskylä was successful in partially preventing fatty liver disease in rats. Rats with fatty liver disease were fed with a dietary supplement that is known to increase the growth of good bacteria in the gut. Simultaneous with the increased abundance of the bacteria, the liver fat content decreased significantly. In addition, preliminary results from a human study seem promising.

It is estimated that quarter of the Finnish population has fatty liver. Fatty liver disease is an important metabolic disease, which without treatment can develop into cirrhosis or even hepatocellular carcinoma—that is, hepatic cancer.

Earlier Academy of Finland Research Fellow Satu Pekkala and her research team were able to treat the fatty liver of mice by administering Faecalibacterium prausnitzii, a member of the gut microbiota with known anti-inflammatory properties. In the most recent study, the research team fed rats with a dietary supplement that partly prevented the fatty liver of rats.

“Unfortunately, this type of health-beneficial gut microbes cannot necessarily be sold at the pharmacies for human use,” Pekkala explains, “so we wanted to find out whether we can increase its natural abundance in the gut with a prebiotic fiber.”

A prebiotic is defined as a selectively fermented dietary component that cannot be digested in the gut but serves as food for the good gut microbes, such as lactobacilli, thereby conferring beneficial effects for the health of the host. The research team first found that the above-mentioned Faecalibacterium prausnitzii was able to use prebiotic Xylo-oligosaccharides (XOS) as food, which increased its growth.

After these positive results, the research team performed a dietary intervention in rats, in which fatty liver was induced in rats and at the same time they were fed with a diet supplemented with XOS for 12 weeks. XOS is a dietary supplement that can be found in natural products shops and online stores.

“The results of the research showed that XOS increased the growth of the health-beneficial bacterium, and at the same time, significantly decreased the liver fat content of the rats,” says Pekkala, summarizing the main results.

The most important contributing factors to the reduced liver fat were improved hepatic fat and glucose metabolism.