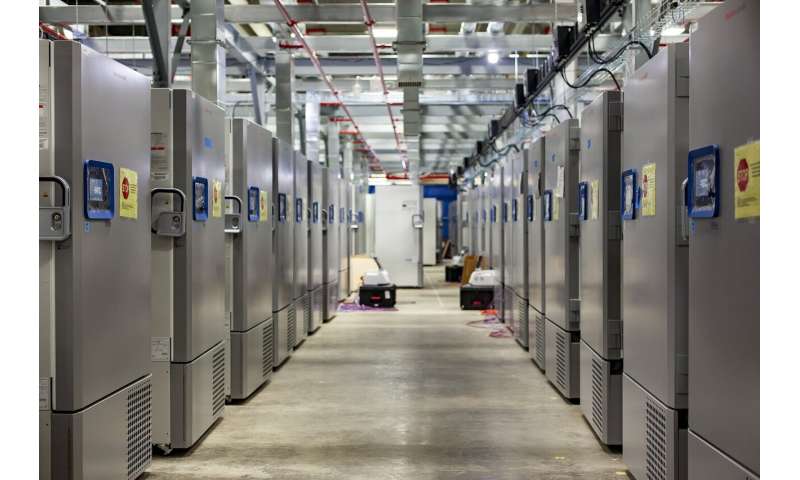 The news arrived Monday that the world has been awaiting since spring: a vaccine has been developed that shows a high degree of efficacy in late-stage trials: 90%. That puts it in the company of effective vaccines such as for measles, and well beyond what the medical community hoped for in efficacy.

Among UCR scientists, as everywhere, the news of the vaccine developed by the drugmakers Pfizer and BioNTech was welcomed.

“The news of the Pfizer vaccine success in the phase three trial is excellent. It has shown efficacy with a boosted immune response along with the safety assurance,” said Dr. Asma Jafri, a clinical professor of health sciences.

Her colleague, Dr. Brigham C. Willis, was buoyed by Pfizer’s inclusion of pediatric patients, which he said is unique among the 11 vaccines in late-stage trials.

“While there are many vaccines in development, having such a strong potential first candidate is very exciting,” said Willis, a professor of pediatrics and senior associate dean for medical education at UCR’s School of Medicine.

Some UCR researchers felt the announcement held as many questions as answers.

“I don’t think it’s enough to draw a final conclusion,” said Karine Le Roch, a UCR professor of cell biology. “We need more data to assess the safety, potential side effects, as well as the precise effectiveness of the vaccine. Can this vaccine protect all populations, including the elderly? How long will the immunity last?”

UCR medical sociologist Richard Carpiano wondered if Pfizer moved too fast, given the hesitance of many to inoculate themselves and their children. He cited Monday’s announcement as an incidence of “publication by press release.”

“Past examples of this practice have shown actual results significantly lag behind the hype, and in some cases have countered or muted initial claims,” said Carpiano, a professor of sociology with an appointment in the School of Public Policy.

Carpiano pointed to the optics of the announcement, saying Pfizer’s CEO was shown on CNBC answering questions on a screen half-occupied by stock prices, including for Pfizer.

“For a public that is already skeptical due to Operation Warp Speed’s emphasis on expediency and worries about safety, such appearances do little to build public trust in Big Pharma being sincerely focused on a medical breakthrough to reduce suffering and save lives vs. chasing a potential profit opportunity or short-term stock price bumps,” he said.

On CNN, Carpiano said, stock futures were mentioned even before the vaccine’s benefits.

“At best, such instances are lost opportunities for communicating the benefits of a vaccine and the great measures taken to develop a safe and effective vaccine,” he said. “At worst, they reinforce a narrative of Big Pharma being about profit over safety.”

Beyond an effective vaccine, the first of Pfizer’s challenges will be production. Pfizer predicts having enough doses for 25 million people by the end of 2020, and 630 million in 2021. Then comes distribution, complicated by the need to keep the vaccine at 94 degrees below zero Fahrenheit.

Jafri urged patience, predicting supplies of the vaccine, which requires two doses, will not trickle to most of the Inland Empire population until spring or early summer 2021.

“The expense of the vaccine, which is not talked about in the news, is also going to be a significant barrier for immunizing the public,” she said.

Brandon Brown, an epidemiologist in the UCR School of Medicine, urged people to view the vaccine not as a standalone COVID-19 panacea.