A new study suggests that simply reading about a COVID-19 conspiracy theory can make people more likely to ignore scientific evidence and less likely to believe that preventive actions, such as wearing a face covering, are necessary. 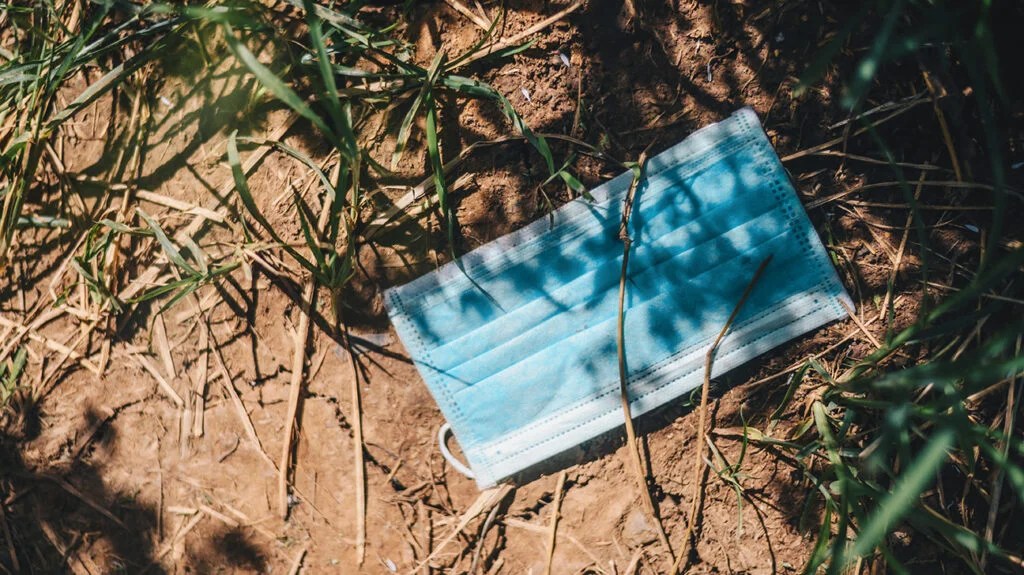 About 3 centuries ago, the author Jonathan Swift wrote: “Falsehood flies, and the truth comes limping after it.” According to the new study, falsehood flies as fast as ever in our own, supposedly scientific times.

The study found that it was easy to sway people’s opinions by asking them to read an article claiming that COVID-19 originated in a bioweapons laboratory in China.

In March 2020, Medical News Today reported the findings of a genetic sequencing study showing that the new coronavirus was not artificially created. More research followed, suggesting that the most likely source was bats.

Despite growing scientific evidence of the virus’s natural origins, a survey found that belief in COVID-19 conspiracy theories increased between March and July 2020.

The new study, which appears in the journal Science Communication, suggests that simply reading about such a theory is enough to sway many people.

The researchers define a conspiracy theory as “an effort to explain some event or practice by reference to the machinations of powerful people, who attempt to conceal their role.”

“Conspiracy rhetoric can have a profound impact and overpower scientific information,” says author Risa Palm of Georgia State University in Atlanta. “In today’s media environment, where individuals may be repeatedly exposed to conspiracy messages, our findings may actually understate the effects of this exposure.”

Belief in conspiracy theories — for example, those about vaccination — can have practical consequences.

The new study found that reading about COVID-19 originating in a Chinese laboratory made some readers less likely to endorse preventive measures, such as face coverings, frequent hand washing, and physical distancing.

“It is urgent that as we seek to control the spread of this and future viruses, we come up with ways to combat misleading and damaging conspiracy rhetoric,” says Palm.

The researchers recruited 1,071 volunteers through the online crowdsourcing platform Amazon Mechanical Turk. Overall, 33% of the respondents identified as Republicans, 27% as Independents, and 40% as Democrats. The sample was 45% female and 55% male.

The scientists randomly assigned each participant to one of four experimental conditions.

The first group, who acted as the control group, did not read an article before responding to the survey.

Each of the other three groups read a different article that the authors had headlined and formatted to look like a news story.

The first described scientific evidence that the virus originated in bats, while the second described a conspiracy theory about the origin of the virus. The third article gave equal weight to both perspectives.

“Many infectious diseases are ‘zoonotic.’ This means they start in animals but jump to humans … This is true of the COVID-19 virus that genetic sequencing has shown originated in bats and was naturally transmitted to humans.”

“Coronavirus originated in a Chinese laboratory,” was the heading of the second article, which stated that:

“Many U.S. intelligence officials and scientists believe that the coronavirus originated from an accidental leak at a research laboratory located in Wuhan, China … about 300 yards from the marketplace where some claim the virus started.”

The “balanced” article, entitled “Did the coronavirus originate in a Chinese laboratory or naturally in animals?,” began:

“There has been a debate among scientists and others about the origins of the novel coronavirus disease (COVID-19). Some have said that like other ‘zoonotic’ or animal-based viruses, it originated in an animal species and jumped to humans … Others argue that the coronavirus originated from an accidental leak at a research laboratory in Wuhan, China.”

The survey assessed the respondents’ beliefs about the origins of the virus and whether China should be penalized. It also evaluated their level of support both for additional research funding to identify harmful coronaviruses and for public health and safety measures.

Of all the groups, the people who read the science-based article were most likely to believe that the virus originated in bats. They also expressed more support for extra research funding to identify harmful coronaviruses.

In contrast, those who read either the conspiracy theory article or the balanced article were more willing to penalize China legally and financially.

Crucially, they were less willing to practice preventive measures, such as wearing face coverings, frequently washing the hands, and practicing physical distancing.

“It is urgent that as we seek to control the spread of this virus and anticipate ways to control and suppress future similar viruses, we come up with ways to combat misleading and damaging conspiracy rhetoric.”

Limitations of the study

In common with many social psychology studies, the research, which involves an artificial experimental setup, may not reflect people’s attitudes and how they behave in the real world.

Also, this sample of respondents may not be representative of the population at large. People who sign up to Amazon Mechanical Turk may be more likely to have certain preexisting biases in their beliefs.

Another potential issue is the order in which the balanced article provided information to readers. Although it made the participants who read it aware of both arguments, the argument that concluded the article may have had more weight due to this positioning.