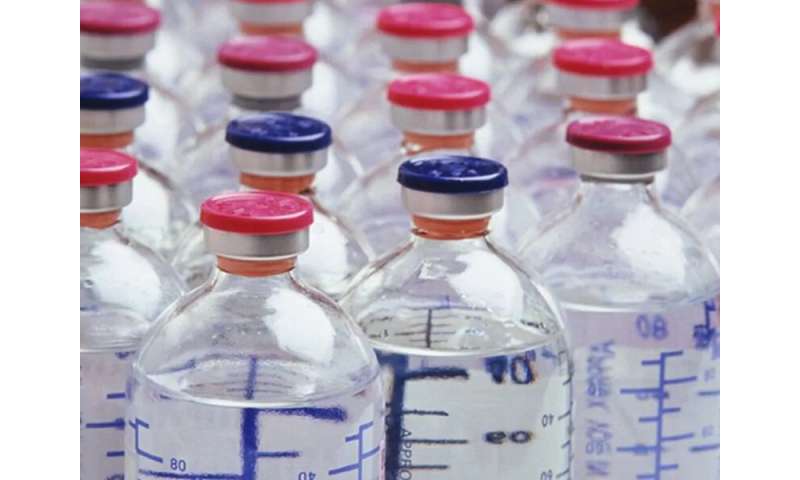 The details of a plan to rapidly deliver a future coronavirus vaccine to Americans were unveiled by federal officials on Wednesday.

Two of the key parts of the plan are to begin distributing a vaccine with 24 hours of any approval or emergency authorization and offering the vaccine for free, The New York Times reported.

Officials from Operation Warp Speed—the multiagency effort to quickly vaccinate Americans against coronavirus— also said the timing of a vaccine was still unclear, the Times reported. That despite repeated statements from President Donald Trump that a shot could be ready before the election on Nov. 3.

“We’re dealing in a world of great uncertainty. We don’t know the timing of when we’ll have a vaccine, we don’t know the quantities, we don’t know the efficacy of those vaccines,” Paul Mango, the deputy chief of staff for policy at the U.S. Department of Health and Human Services, told the Times. “This is a really quite extraordinary, logistically complex undertaking, and a lot of uncertainties right now. I think the message we want you to leave with is, we are prepared for all of those uncertainties.”

Who will get the vaccine first? Initial distribution of a vaccine, possibly on an emergency basis, would to a limited group of high-priority people, such as health care workers, in the final three months of this year and into next year, the Times reported. The Department of Defense is providing logistical support for shipping and storing the vaccine, and for keeping track of who has gotten a vaccine and whether they got the full two doses, the newspaper said.

To achieve this, existing databases would be linked up so that, for example, a patient who received a vaccine at a public health center in January could go to a CVS pharmacy 28 days later in another state and be assured of getting the second dose of the right vaccine, the Times reported.

Right now, three drug makers are testing vaccine candidates in late-stage trials in the United States. One of those companies, Pfizer, has said that it could apply for emergency authorization as early as October, while the other two, Moderna and AstraZeneca, have said they hope to have something before the end of the year.

In a sign that the Pfizer vaccine trials are moving along smoothly, German pharmaceutical company BioNTech, which is developing a coronavirus vaccine with Pfizer, announced Thursday it was buying a new production plant so it can ramp up production of a COVID-19 vaccine when needed, CNN reported.

The vaccine plant in Marburg, Germany, would produce tens of millions more vaccine doses a month—pending regulatory approval, CNN reported. The plant should be up and running by the first half of 2021, BioNTech said in a statement, and the company will retain a highly skilled workforce of 300 employees following the transfer of the plant from Novartis later this year.

A single infusion of an experimental drug dramatically lowers levels of coronavirus in the bodies of newly infected patients and cuts their chances of hospitalization, the drug’s maker reported Wednesday.

Eli Lilly’s announcement did not include detailed data and hasn’t been peer-reviewed or published yet, the Times reported.

The news comes from interim results of a trial sponsored by Eli Lilly and the U.S. National Institutes of Health. NIH officials would not comment on the announcement until they have seen more detailed data from the trial, the Times reported.

How does the drug work its magic? It is a monoclonal antibody, a manmade copy of an antibody produced by a patient who recovered from COVID-19, the Times reported. Scientists around the world have high hopes that that monoclonal antibodies will prove to be powerful coronavirus treatments, but they come with a caveat: They are difficult to manufacture, and would take time to produce, the Times reported.

At the same time, blood levels of the coronavirus plummeted among those who received the drug, and their symptoms were fewer and milder, the Times reported.

This is the first treatment aimed at patients who are not already seriously ill and hospitalized, the newspaper added.

Dr. Myron Cohen, director of the Institute for Global Health and Infectious Diseases at the University of North Carolina at Chapel Hill, told the Times he was impressed by the findings.

“It’s exciting,” said Cohen, who was not involved in the study. The trial appears to be rigorous, and the results are “really compelling,” he added. Other monoclonal antibody drugs to combat the coronavirus are in development, he noted.

“This is the opening of a door,” Cohen said.

In a sign that Americans are becoming more wary about the safety of a new coronavirus vaccine, a new poll shows a majority of adults don’t trust what President Donald Trump has said on vaccine development.

More than half (52%) of adults said they don’t trust the president’s vaccine comments, the NBC News/Survey Monkey poll found, while just 26% say they do. Twenty percent said they were “not aware” whether they trust what the president has said about a vaccine, NBC News reported.

Those polled were also more skeptical about whether they or their families would get a government-approved coronavirus vaccine if one became widely available, NBC News reported.

The highest level of confidence in a coronavirus vaccine came during the week of Aug. 17 to Aug. 23, when 45% polled said they would get a vaccine.

Despite public hesitancy, President Trump has promised a “safe and effective vaccine this year,” and the U.S. Centers for Disease Control and Prevention has advised states to prepare for “large-scale” vaccine distribution by Nov. 1.

Public health experts have questioned that aggressive timeline. Dr. Anthony Fauci, the nation’s leading infectious diseases expert, has said that he feels “cautiously optimistic” that a safe and effective vaccine would be found by the end of the year but that doing so by Nov. 3 was “unlikely,” NBC News reported.

By Thursday, the U.S. coronavirus case count passed 6.6 million as the death toll passed 196,600, according to a Times tally.

Curbing the spread of the coronavirus in the rest of the world remains challenging.

By Thursday, India’s coronavirus case count had passed 5.1 million, just one month after hitting the 3 million mark, the Times reported.

More than 83,000 coronavirus patients have died in India, but when measured as a proportion of the population, the country has had far fewer deaths than many others. Doctors say this reflects India’s younger and leaner population.

Meanwhile, Brazil posted over 4.4 million cases and over 134,000 deaths as of Thursday, the Times tally showed.

Cases are also spiking in Russia: The country’s coronavirus case count has passed 1 million, the Times reported. As of Thursday, the death toll in Russia was 18,996.