Doctors are flagging a worrying trend amid a spike in coronavirus cases across the U.S.: More kids are contracting the virus, too. According to data compiled by the American Academy of Pediatrics (AAP), there was a 28% increase in child COVID-19 cases over the first two weeks of November. 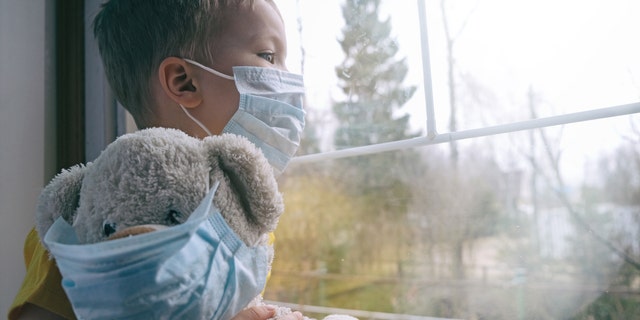 Hospitalizations and deaths among this group remain low.
(iStock)

“At this time, it appears that severe illness due to COVID-19 is rare among children,” the doctors' group said. “However, there is an urgent need to collect more data on longer-term impacts of the pandemic on children, including ways the virus may harm the long-term physical health of infected children, as well as its emotional and mental health effects.

Coronavirus in children has been a hotbed of discussion for local officials and concerned parents as regions experiencing a spike in cases wrestle with moving school online or keeping the classrooms open. Last week, Centers for Disease Control and Prevention (CDC) Director Robert Redfield said during a coronavirus task force briefing at the White House that schools are one of the safest places for kids to be.

“The infections that we’ve identified in schools when they’ve been evaluated were not acquired in schools,” he said. “They were actually acquired in the community and in the household. The truth is, for kids K-12, one of the safest places they can be, from our perspective, is to remain in school, and it’s really important that following the data, making sure we don’t make emotional decisions about what to close and what not to close.”

Many have voiced concerns about a predicted increase in cases following the Thanksgiving holiday. As such, local officials have announced mandates and bans on large gatherings, while the CDC pleaded with Americans to cancel travel plans and to opt for small household gatherings instead.

Additionally, the pandemic has been playing a role in children’s mental health. A recent CDC report found a jump in mental health-related emergency department visits among children 18 and younger, beginning in April and remaining elevated through October.