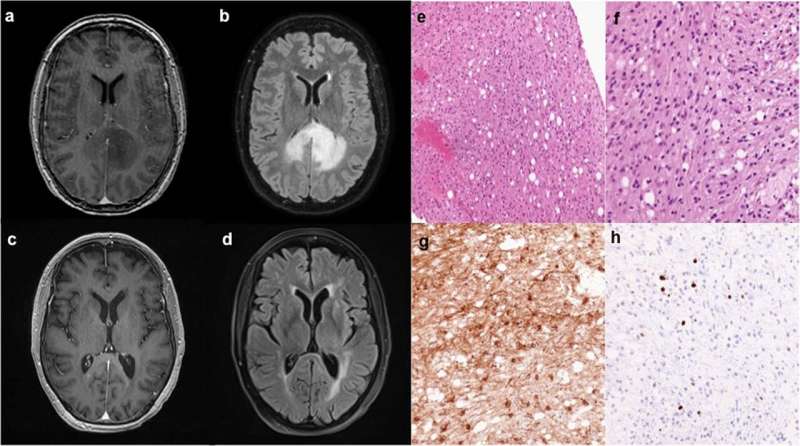 While deadly, gliosarcomas are a rare central nervous system tumor often overshadowed in research by more common tumors. These sarcomas can occur either in the brain or the spine (the latter is much less common).

A team of Yale researchers saw an opportunity to expand on the limited knowledge available when they came across a gliosarcoma that claimed the life of a 65-year-old Yale New Haven patient shortly after doctors discovered it near her T4 vertebrae.

They found that the tumor contained a high number of genetic mutations compared to the similar tumor types.

“To our knowledge, this is the first case report of a hypermutated gliosarcoma,” says Christopher Hong, MD, a neurosurgery resident at the Yale School of Medicine and the study’s lead author.

This discovery helps us understand the tumor and helps inform clinicians on treatment decisions, says study corresponding author, Zeynep Erson-Omay, Ph.D., assistant professor at Yale. Dr. Erson-Omay has a background in bioinformatics and computational biology and an expert in tumor genomics.

Immunotherapy might be an option for such hypermutated tumors. “Targeted treatment options are based on this type of genomic information,” says Michael DiLuna, MD, co-corresponding author and associate professor of neurosurgery and chief of pediatric neurosurgery at Yale School of Medicine. “Gliosarcomas are not well studied, so we have to look to other cancers as the model.” Colorectal cancer with hypermutations, for example, has responded well to immunotherapy.

“The hope is we can develop some sort of similar success with immunotherapies for these types of hypermutated tumors in the central nervous system,” says Dr. Hong.

Researchers do not yet know the cause of the hypermutation in this tumor and whether it is common with gliosarcomas across the board. However, they have some intriguing guesses. This particular patient had been previously diagnosed and treated for an astrocytoma brain tumor, a type of glioma central nervous system cancer. This tumor had been treated with radiation and the chemotherapy drug temozolomide, which disrupts DNA. The drug may have caused genetic changes in the new tumor. However, this drug remains best available and standard of care for astrocytoma, so further research is required to understand the mechanisms behind this possibility.