Around 42,300 people are diagnosed with bowel cancer in the UK each year, reported Cancer Research UK. Are you affected? Here are the warning signs.

The charity noted how cancer cells can block the bowel, otherwise known as a bowel obstruction.

This can happen in two ways: either the cancerous cells press on the bowel, or cancer grows into the nerve supply of the bowel and damages it.

If the latter is taking place, it would result in the bowel muscles not working properly.

In either case, the waste from digested food can’t get past the blockage in the bowel.

Should such an occurrence take place, you may be “unable to pass wind” and feel constipated.

Worryingly, if you’re unable to let one rip, you could be suffering from bowel cancer.

Other signs of a bowel obstruction include cramping pains in the abdomen and feeling bloated. 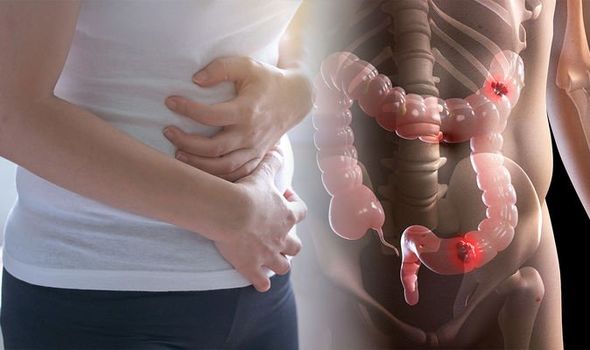 You may also physically be sick – vomiting large amounts of undigested food or bowel fluid.

People who have had surgery or radiotherapy to the abdomen area are more at risk of developing a bowel obstruction.

A bowel obstruction is a medical emergency, and treatments can include intravenous infusion or surgery.

This type of condition is much more common with advanced bowel cancer.

There are earlier signs of bowel cancer that are handy to be aware of; these include changes to your normal bowel habits.

For example, your stools could be a lot “looser” nowadays, or you may be “posing more often” or feel “constipated”.

Another sign of bowel cancer – for both genders – can include bleeding from your back passage or having blood in your poo.

A doctor may be able to identify a lump in your back passage or abdomen, more commonly found on the right side. 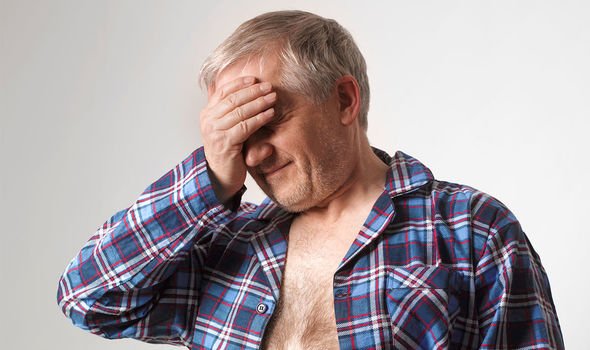 Another sign of bowel cancer include is feeling as though you haven’t fully emptied your bowels, especially after going to the toilet.

People with the disease could lose weight unexpectedly and may feel tired and breathless.

If you’re showing any of the above symptoms, do speak to your GP, who be able to help you.

People between the ages of 60 and 74 years old, in England, are legible for bowel cancer screening. 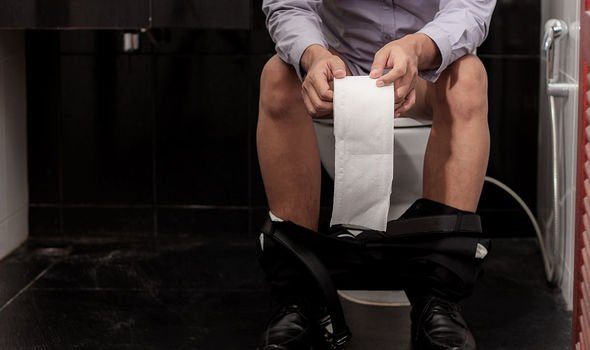 However, if you fall on either side of these age brackets, you can still speak to your GP if you’re concerned you may have bowel cancer.

The sooner bowel cancer is diagnosed, the better the outcomes could be for living longer.

Try not to be frightened to visit your GP, it may be that you have another, less serious condition.

Such conditions could include haemorrhoids, an infection or inflammatory bowel disease.