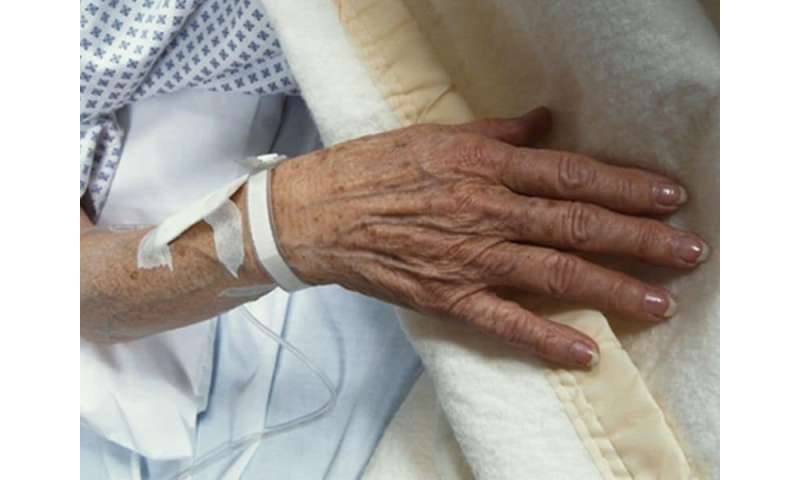 (HealthDay)—From the start of the coronavirus pandemic, it’s been clear that older adults are especially vulnerable to serious illness.

Now, experts are concerned that older Americans are falling victim to ageism and messages that they are “expendable” amid the crisis.

The pandemic has seen “horror stories” from around the world on the toll exacted on older people, said Gordon Flett, a psychology professor at York University in Toronto.

In countries around the world, the SARS-CoV-2 virus has swept through nursing homes, sometimes aided by decisions to move ill patients from hospitals into care centers. Some of the worst stories, Flett noted, have included certain care homes in Spain where staff abandoned residents, leaving the military to find some dead in their beds; and hospitals in Lima, Peru, that stopped admitting older patients, partly because they are less likely to survive than younger people.

And outside of nursing homes and hospitals, instances of ageism abound—including messages that most deaths from COVID-19 are “only” among the older people, and that restarting the economy is the priority.

Flett pointed to the widely reported example of Texas Lt. Gov. Dan Patrick, who claimed “lots of grandparents” would be willing to “take a chance” on their survival if it kept the U.S. economy running.

Messages like that can tell seniors they’re “expendable,” Flett said.

“I’ve heard one too many times that jumpstarting the economy is more important,” he said.

That spurred Flett to pull together a review of research on “mattering”—which was recently published in the International Journal of Mental Health and Addiction.

It may be no surprise that human beings have a need to matter—to the people in their lives and to society.

But research suggests mattering has protective effects that are on top of things like “belonging” to a group, Flett said. Believing you are valued is critical.

“This feeling of mattering can be a buffer against stress and a source of resilience,” Flett said.

Studies have linked older adults’ sense of mattering to lower odds of depression and loneliness, and also to better physical well-being. When people feel important, Flett noted, they may be motivated to take better care of their physical health.

And the belief that you matter appears especially important for young people and seniors. “They really need the reassurance that they’re important,” Flett said.

Yet the current climate may send older adults the opposite message, according to Dr. Timothy Farrell, a geriatrics specialist and associate professor at the University of Utah School of Medicine in Salt Lake City.

Those messages can come in the form of states rushing to reopen after stay-at-home orders, or people flouting social distancing guidelines or refusing to wear masks, Farrell said.

In his own local area, Farrell said it’s striking how few people are wearing masks. It seems that many younger people think the burden should be on older adults to protect themselves, he added.

And communal effort would pay off for everyone, he added. If some states hadn’t lifted their stay-at-home orders so soon, “we’d all be in a better place now,” Farrell said.

Many are now seeing a surge in new COVID-19 cases, causing some to “pause” their reopening.

At a time when older adults face the risk of a potentially fatal disease—and are being cut off from their normal interactions and routines—it’s even more important that they get the message they are valued, Flett said.

Family, friends and neighbors can help by simply reaching out.

“Even small gestures go a long way,” Flett said. “It can just be you calling and saying, ‘Hey, I was thinking of you,’ or ‘I miss seeing you.'”

He added that older adults are not the only ones who might feel expendable during the pandemic: Essential workers, from health care professionals to grocery store employees, are at risk, too—especially if they feel they have not been given adequate protection and support.