A new pilot study concludes that using acupuncture before surgery can reduce a person’s need for opioids following surgery. The Detroit-based researchers believe that acupuncture is a low-cost, safe method that reduces pain and anxiety in some people. 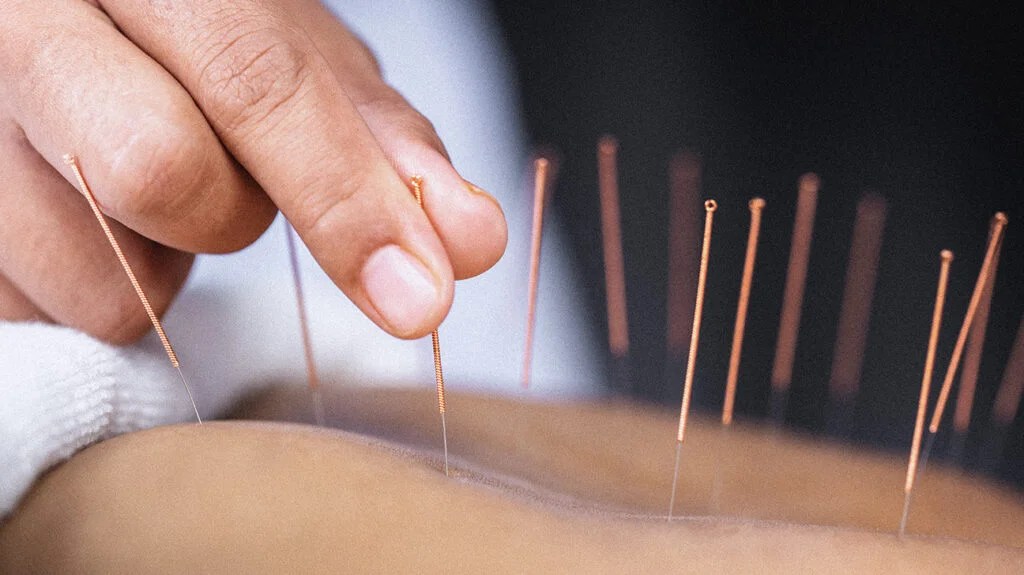 In the United States, the opioid crisis claimed the lives of 47,000 people in 2018, and almost a third of those deaths involved prescription opioids.

According to the Centers for Disease Control and Prevention (CDC), in 2018, two-thirds of drug overdose deaths involved an opioid. A 2018 report from Substances Abuse and Mental Health Services Administration (SAMHSA) states that 10.3 million people in the U.S. aged 12 or older misused opioids in the past year.

Opioids are a class of drugs that include the illegal drug heroin and the prescription drug fentanyl. Other prescription opioids include oxycodone, hydrocodone, morphine, and codeine.

According to a 2017 paper, over 80% of people receive a prescription for opioids after low-risk surgery. Almost 87% of these prescriptions include oxycodone or hydrocodone, which are the most common culprits in drug overdose deaths.

Doctors often use these opioids in inpatient settings and prescribe them to people when they leave the hospital.

In 2020, researchers found that opioid-related overdoses are 28% higher than reported because of incomplete death records.

Veterans are twice as likely to die from an accidental overdose compared with the general U.S. population. One study showed that the number of veterans’ who died due to an opioid overdose increased by 65% from 2010 to 2016.

In light of this opioid epidemic, there is an urgent need to decrease opioid use before or during surgeries.

In a recent pilot study, a team of researchers evaluated the efficacy of two different acupuncture techniques before a group of veterans underwent surgeries: battlefield acupuncture and traditional acupuncture.

They presented their findings at the Anesthesiology 2020 annual meeting in Chicago, IL, on October 5.

The researchers conducted two experiments. In the first, they divided participants into two groups of 21 veterans due to undergo hip replacement surgery.

People in the control group needed an average of 56 of morphine milligram equivalent (MME) in the first 24 hours after surgery. MME is a method of calculating a patient’s cumulative intake of any opioid drugs over 24 hours.

In comparison, those who had traditional acupuncture received an average of only 20.4 MME. Almost two-hirds less than the control group.

After rating their treatment satisfaction on a scale of 1–10, those who had acupuncture reported less pain. They also experienced 15% less anxiety than the control group, although this was not statistically significant.

Battlefield acupuncture involves putting needles on ear acupoints. The needles remain in the ear for around 3–4 days. This technique targets points on the ear that practitioners think might interfere with how the body processes pain in the central nervous system.

A French doctor, Paul Nogier, popularized ear acupuncture in the 1950s. In 2001, it became known as battlefield acupuncture after Richard C. Niemtzow, a U.S. Air Force radiation oncologist, adapted the technique of ear acupuncture to provide rapid pain relief on the battlefield.

The veterans who received this acupuncture technique required half as many opioids in the first 24 hours after the surgery as the control group (17.4 MME versus 35 MME). They also reported lower scores at a median of 8 versus 6 in the control group.

While 38% of participants in the control group experienced nausea and vomiting after surgery, only 3% of those who had undergone battlefield acupuncture reported these symptoms.

Proponents of traditional medicine believe that acupuncture points in the ear affect trigger points in the stomach, gall, bladder, and small intestines and reduce nausea and vomiting.

Speaking with the American Society of Anesthesiologists, Brinda Kish, lead author of the study and an anesthesiology resident at Detroit Medical Center, MI, said:

“Some patients were open to trying acupuncture right away, and others became more interested when they learned more about the risks of opioid use. It’s easy, patients love it, it’s not just another medicine, and it’s very safe. Because battlefield acupuncture was developed by an armed services doctor, veterans also were more willing to participate.”

It is important to note that, although the findings are interesting, this research has not yet been peer-reviewed. Additionally, the study’s are small, so scientists will need to conduct much larger trials before reaching a firm conclusion about acupuncture’s usefulness.