Ever felt sore, nauseous and knackered after training? It could be a sign of over-training.

One of the most commonly touted benefits of exercise has to be the post-workout endorphins. When you can’t be bothered or feel a bit pants, the promise of these happy hormones pumping through your body is often enough to get you through your training.

But what happens when your workout leaves you feeling worse than when you started? According to a recent study by American supplement brand Lifeaid, ‘fitness hangovers’ are a real thing – and they’re impacting a huge amount of regular exercisers.

Pain when exercising: how understanding aches can improve your workouts

We’re not just talking about those small, expected side effects that come from training, such as DOMS. According to the study, fitness hangovers can include soreness that stops people from participating in other life and work activities, just as an alcohol-induced hangover does. Researchers also found that 29% of respondents skipped out on work and 55% stayed inside all day due to extreme soreness, and many people suffered long-term injury – including ankle sprains and knee strains.

However, there are other symptoms being reported by other fitness hangover sufferers, including exhaustion, nausea, and headaches. “After a long run (more than 10 miles for me), I’ll often suddenly feel like I’m hungover,” says Strong Women Training Club editor Miranda Larbi. “I’ll get a headache, be really lethargic and sometimes it’ll even last until the morning after. I think it’s from not refuelling properly as I completely lose my appetite – all the blood goes to your muscles and away from your stomach – and a bit of dehydration.”

According to Dr Leila Dehghan, a medical doctor, personal trainer and nutritionist, “there isn’t a clear definition for fitness hangover. Some people refer to delayed muscle soreness (DOMS) as a fitness hangover, but the symptoms can also be severe pain, extreme tiredness, weakness and nausea up to 24 hours post-workout.” 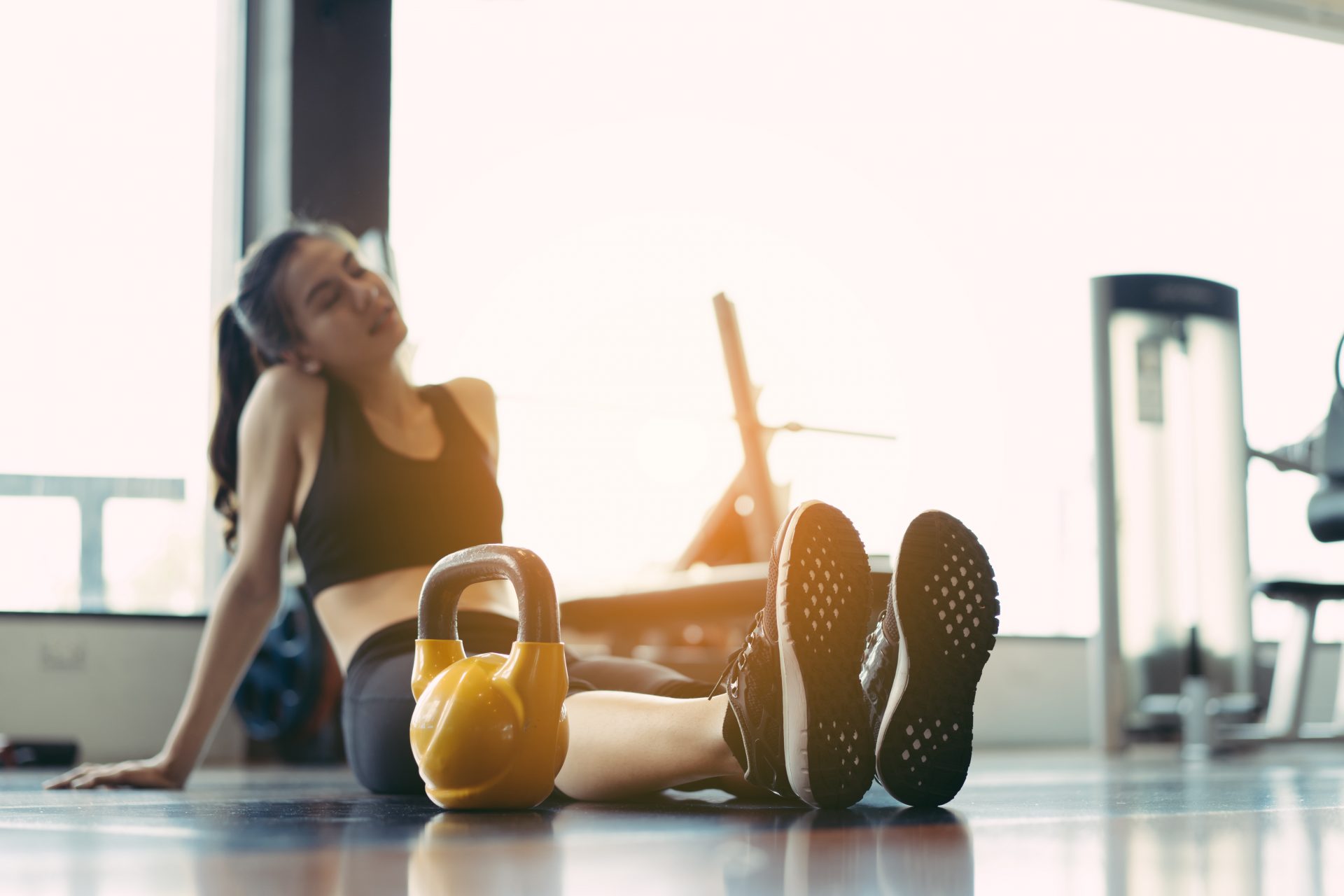 Why do I feel so awful after working out?

There are many biological reasons as to why exercise might make us feel a bit worse for wear, according to Dr Dehghan.

“Firstly, during exercise, the glycogen stores in the muscles get depleted. When that happens, the body struggles to maintain blood sugar levels which can result in many feeling light-headed and tired. At the same time, we lose fluid through sweating and with that, salts. This can cause a drop in blood pressure which can leave people feeling dizzy,” she says.

“The feelings of nausea and lethargy can also be caused by a build-up of lactic acid in muscles. During training, we need more oxygen to break down glucose and produce energy. However, during a strenuous training session, our body cannot meet the increased demand for oxygen and that leads to the production of lactic acid – which can make people feel nauseous, weak, have stomach pain or cramping, burning sensations in the muscles.”

However, these should all be temporary symptoms and not last after the training has ended. If you’re experiencing them as a ‘hangover’ to your training, it could be a sign of “overdoing exercise, and not looking after yourself properly afterwards. That includes a proper warm-up, cool down and the right nutrition,” says Dr Dehghan.

“These sensations are your body’s ways of telling you to stop. Having a cramp while running because of lactate build-up means ‘stop and rest’, it doesn’t mean run through the pain. I believe many people who suffer from fitness hangovers because they push themselves too hard and often they ignore the signals from their body that they should stop,” she adds.

How to prevent a fitness hangover?

Adapting your training and nutrition is the first step to avoiding these symptoms. “If you’re new to exercise, don’t overdo it. Start with shorter and lower intensity sessions. Gradually build up to longer or high-intensity exercises,” says Dr Dehghan. Eventually, your body will adapt to training, including building up a greater tolerance to lactic acid and allowing you to train harder without pain.

Even if you’re an experienced exerciser, it’s not wise to continue to push your body beyond the point of normal exertion. Not only because it could wipe you out for the whole day, impacting your work and social life, but long-term overtraining can cause physical, hormonal and mental issues. If you are going to be doing a tough session, “begin every workout with a warm-up so that your body has time to adjust to the increased demand,” advises Dr Dehghan.

“Make sure to drink water to replace the lost fluid and, as far as nutrition is concerned, it’s recommended not to have a heavy meal before any workout but you should have a carbohydrate-rich snack to maintain the glycogen stores during training,” she says.

A general rule of thumb is that you should fuel your body one to three hours before a workout – “something simple as a banana with a tablespoon of peanut butter as a pre-workout snack will do the trick,” according to Dr Dehghan.

What you really should be eating before and after your workout

“Post-workout it’s essential to take time to rest and replace the lost fluids, electrolytes and energy. For most gym-goers it’s enough to have a small snack consisting of carbohydrates and protein (for example, a bagel with peanut butter) and then a high carbohydrate meal within 12 hours post-workout.”

While there’s nothing wrong with a workout that challenges you, “your workout shouldn’t make you dread your next session,” says Dr Dehghan. “A good workout should make you feel happy, elated, and generally better than before you started. You may feel physically tired and even hungry, but you should still have enough energy to finish working out and go about your day,”

Right now, there are enough things going on in the world to make us feel rubbish. Don’t let your workout be another.